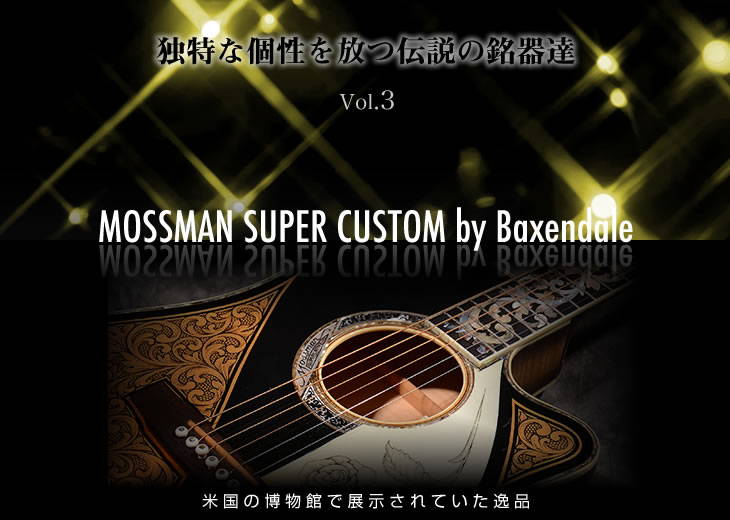 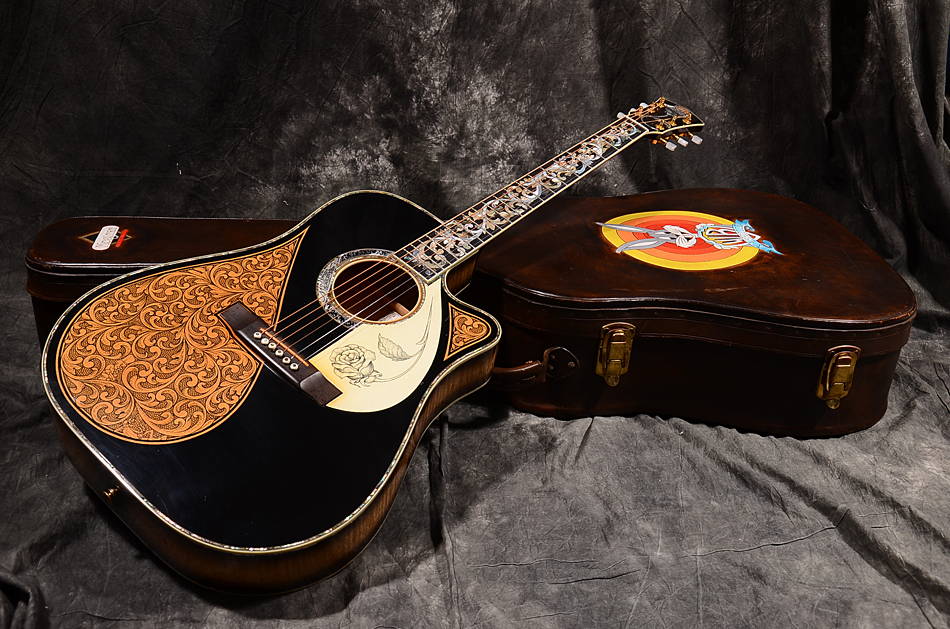 Stuart Mossman (1942-1999) was a master craftsman from Kansas, USA. Unfortunately, he passed away in 1999 at the young age of 56, but he is said to be one of the most influential luthiers of our time because of the excellence of his work.
Mossman Guitars, a favorite of country musicians and bluegrass players, was founded in Winfield, Kansas, in 1961 by the late Stewart Mossman, who began making the first nylon-string guitars in 1968. In the 1970s, the guitars were used by Doc Watson and became very popular and took the world by storm, followed by great success. 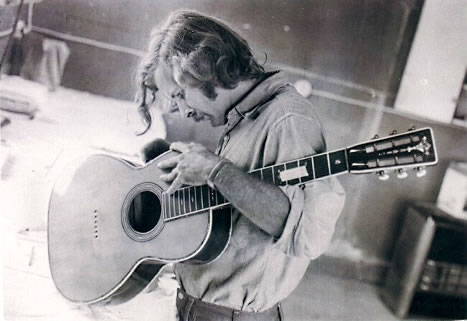 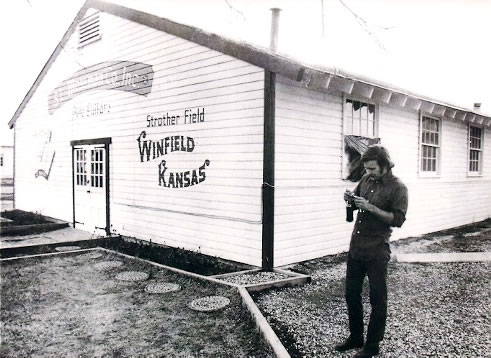 However, in 1975, the company lost 1,200 guitars in a mishap, and in 1977, a fire broke out at the factory, leading to the company's subsequent downsizing. This incident is still talked about in the acoustic guitar industry as "Mossman's greatest tragedy. The company finally went bankrupt in 1984.

Mossman produced about 6,000 guitars in the 16 years from 1968 to 1984, but the best Mossman guitars are said to be those made in 1968 and 1969, and are rarely seen on the market. It is rare to find them on the market. A considerable number of guitars were imported to Japan from around 1976, but many of them were mass-produced and there were concerns about the quality of the guitars.

In 1986, the brand name was sold to Scott Baxendale of Garland, Texas, and since 1986, there have been Mossman guitars made by Baxendale.

The Mossman name was then sold again in 1989 to John Kenzie and Bob Casey of Texas, who moved the factory from Dallas to Sulphur Springs, Texas in 1991, where guitars were made until around 2000. 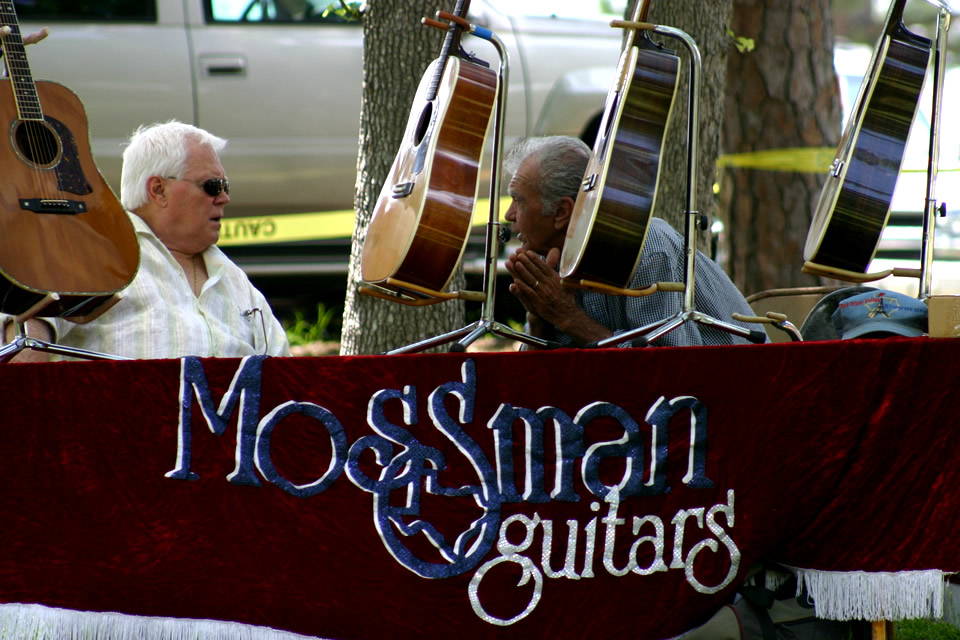 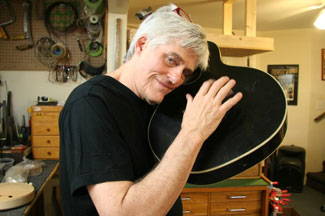 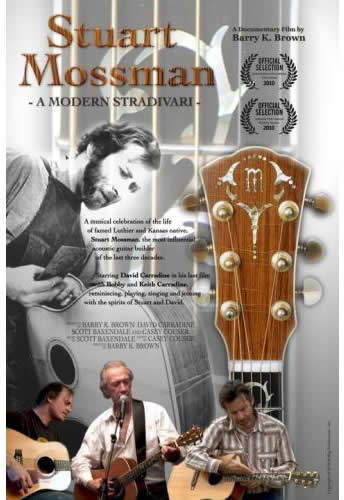 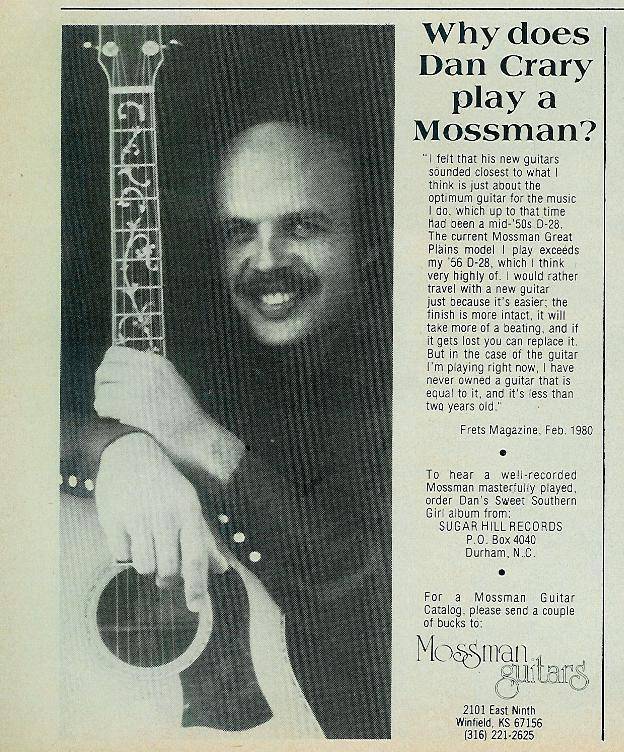 The MOSSMAN SUPER CUSTOM introduced here is a museum-class gem that has been on display at the Nam Museum for 10 years. 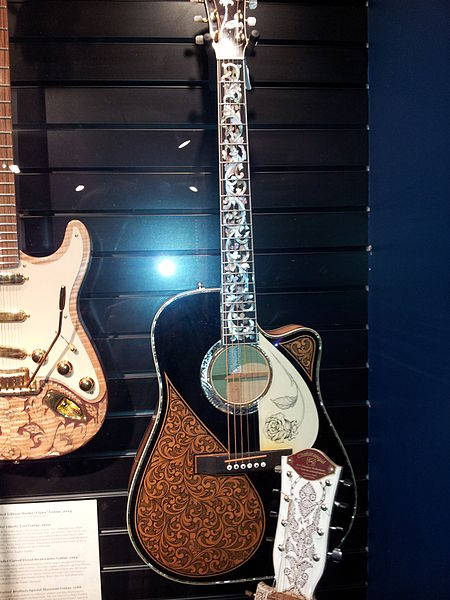 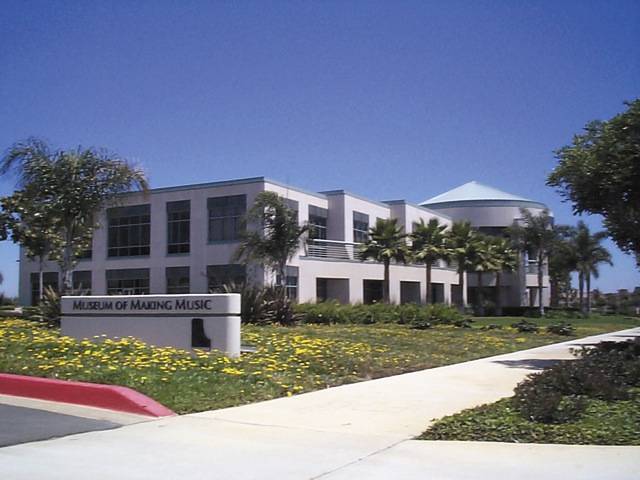 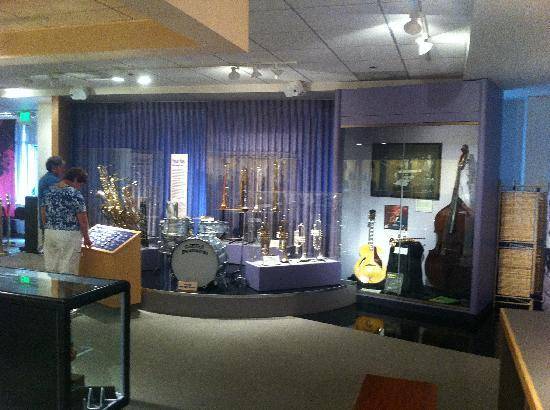 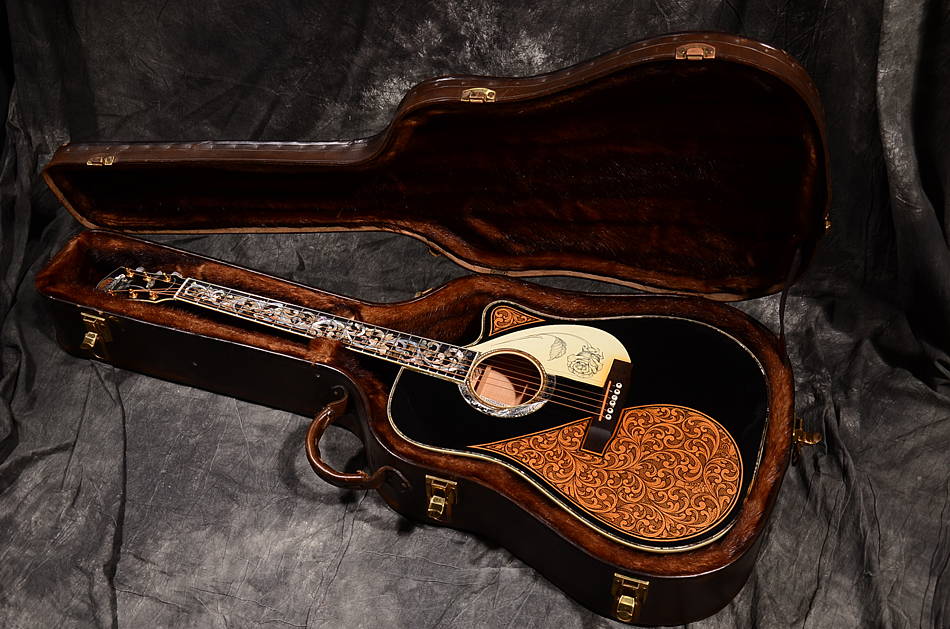 It was ordered by Davenport, who was a promoter and AR man for Warner Brothers at the time. The fingerboard is inlaid with Bugs Bunny, Warner's most famous character, holding a carrot in one hand. 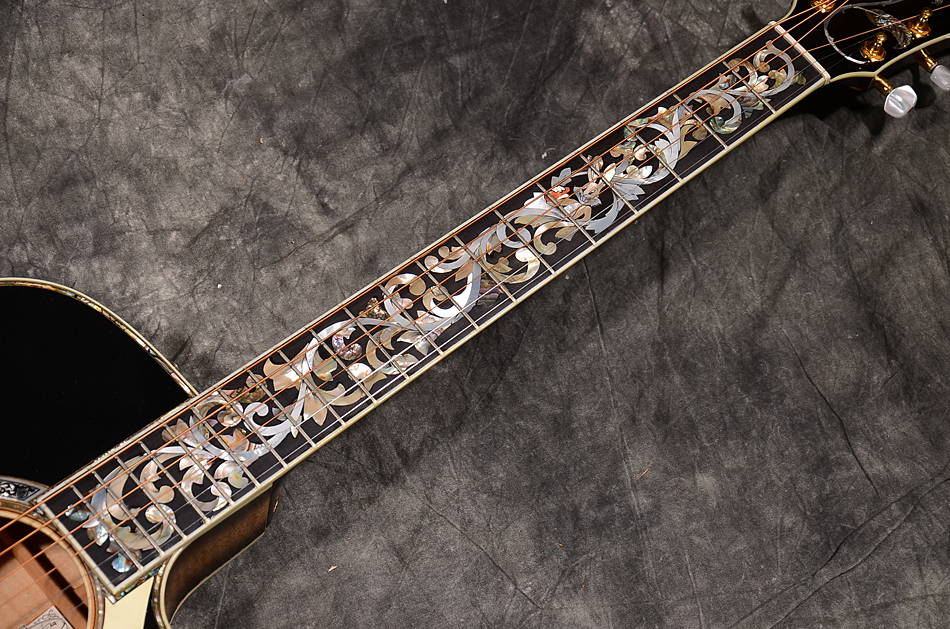 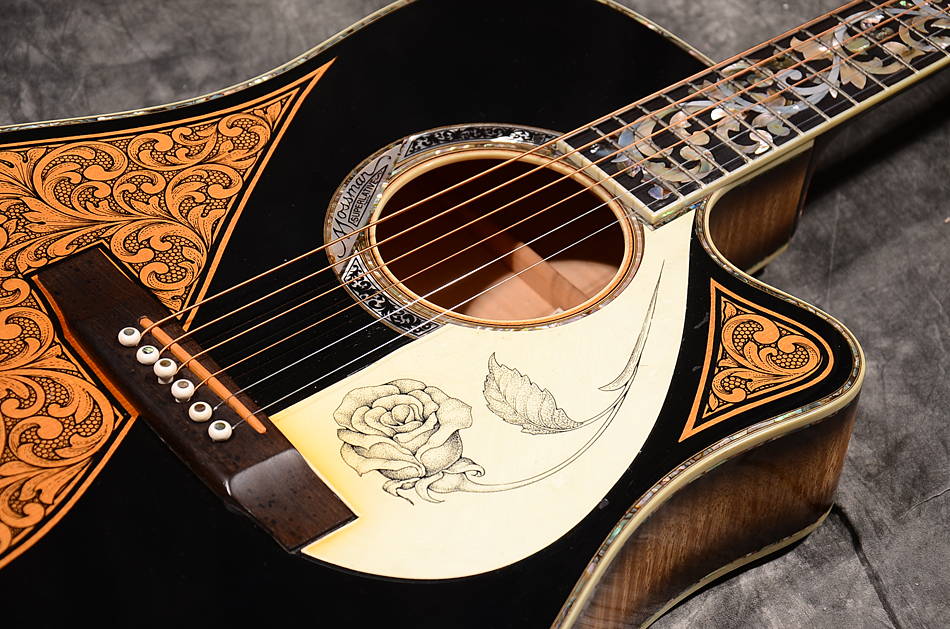 The inlay on the headstock and the rose on the pickguard indicate that this is the work of someone who knows his stuff. 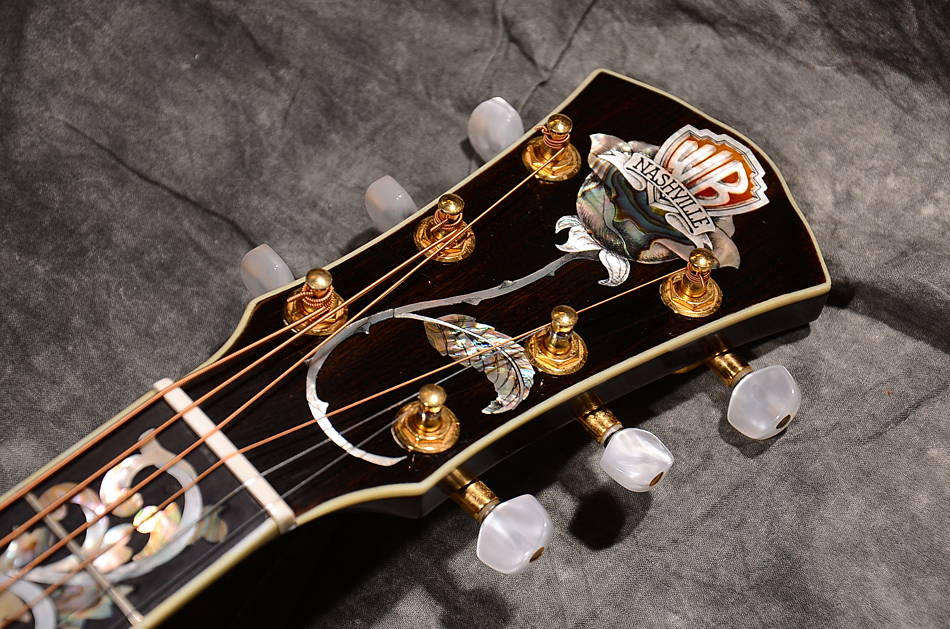 The Warner Bros. logo shines beautifully among the roses inlaid on the head. 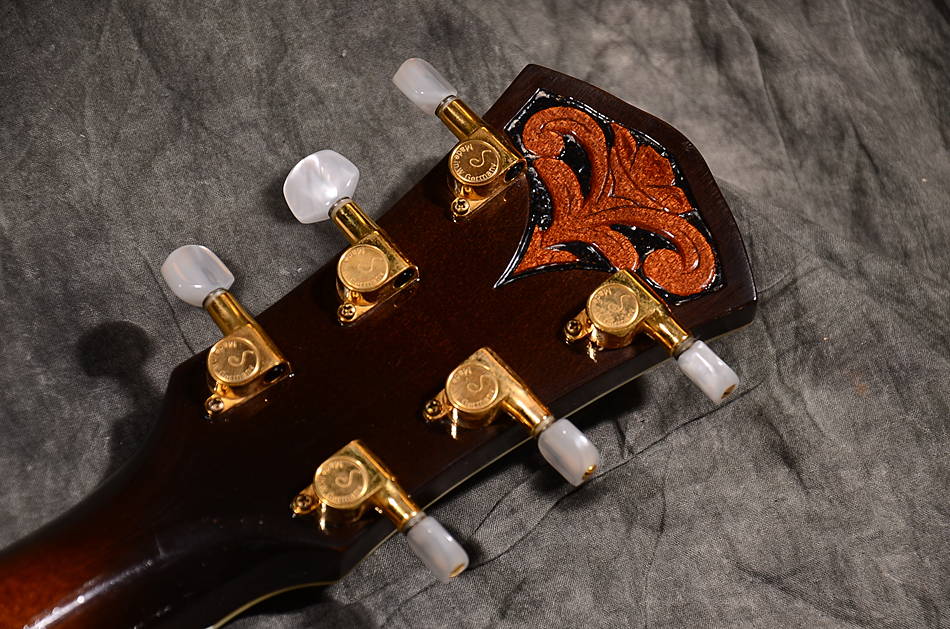 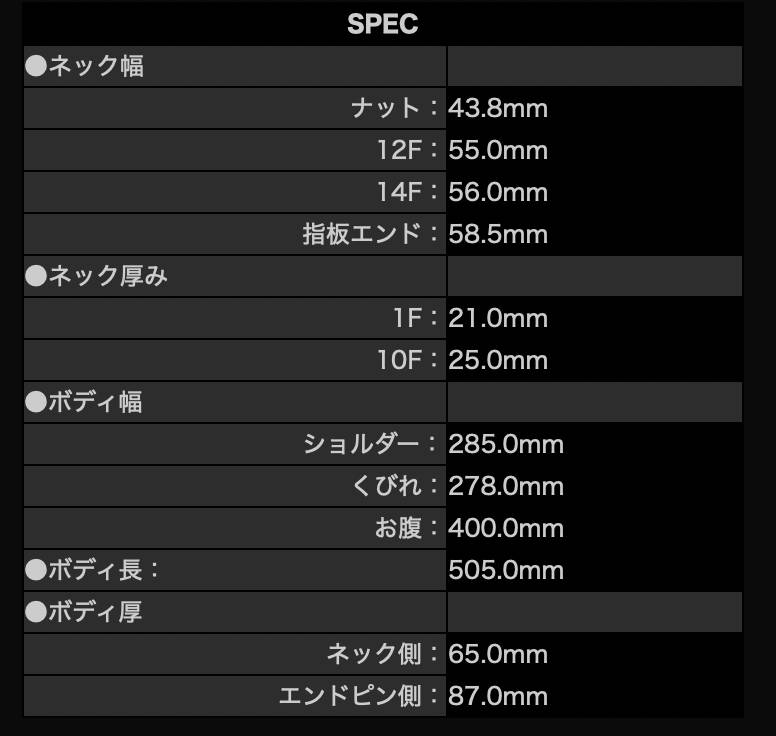 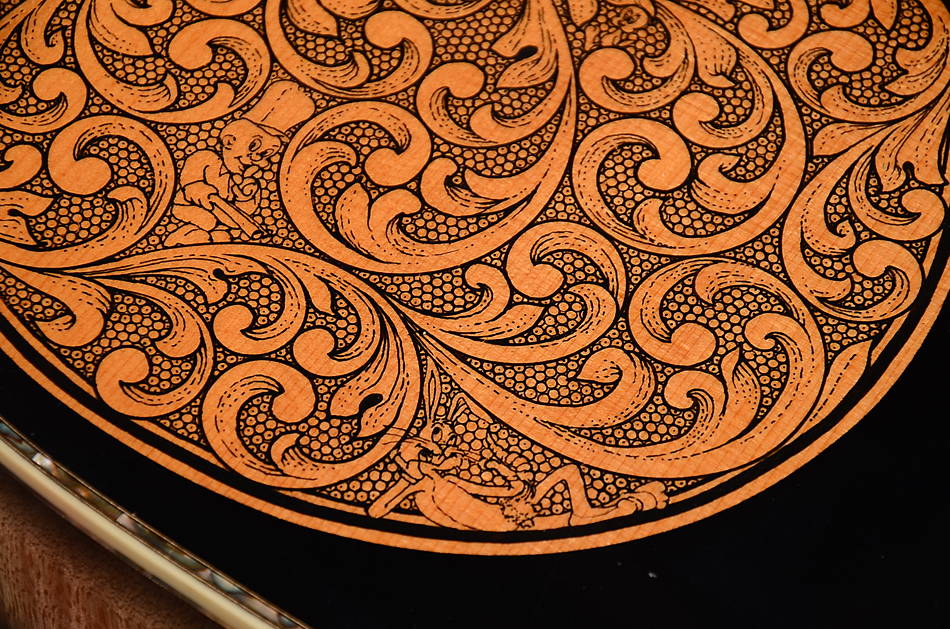 The ivy pattern on the lower left side of the body top looks like a leather carving, but it is actually hand painted one by one. Bugs Bunny lying down with a carrot in his hand is also present in this pattern. 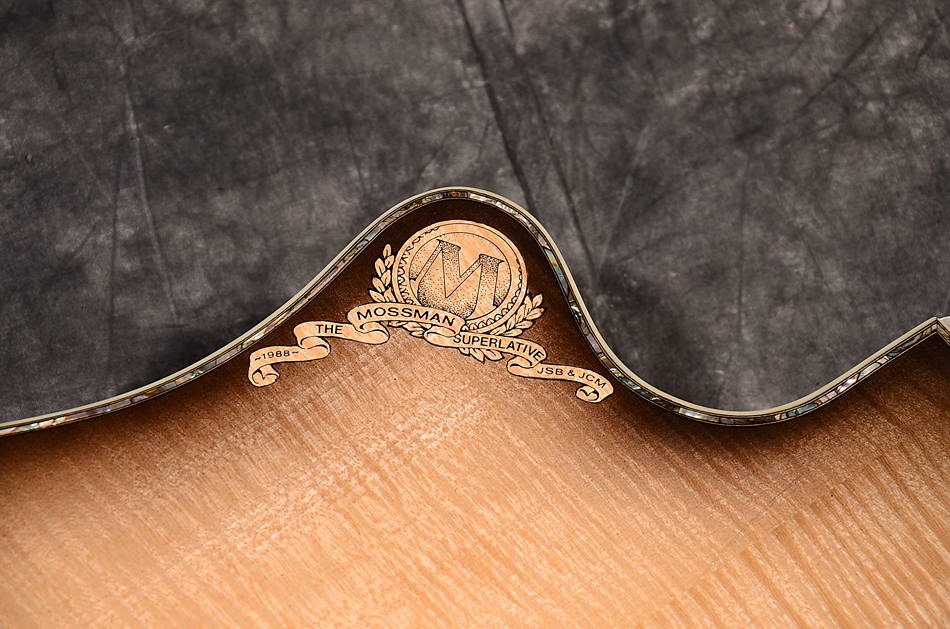 The Mothman logo on the body back is also finished in elaborate marquetry. 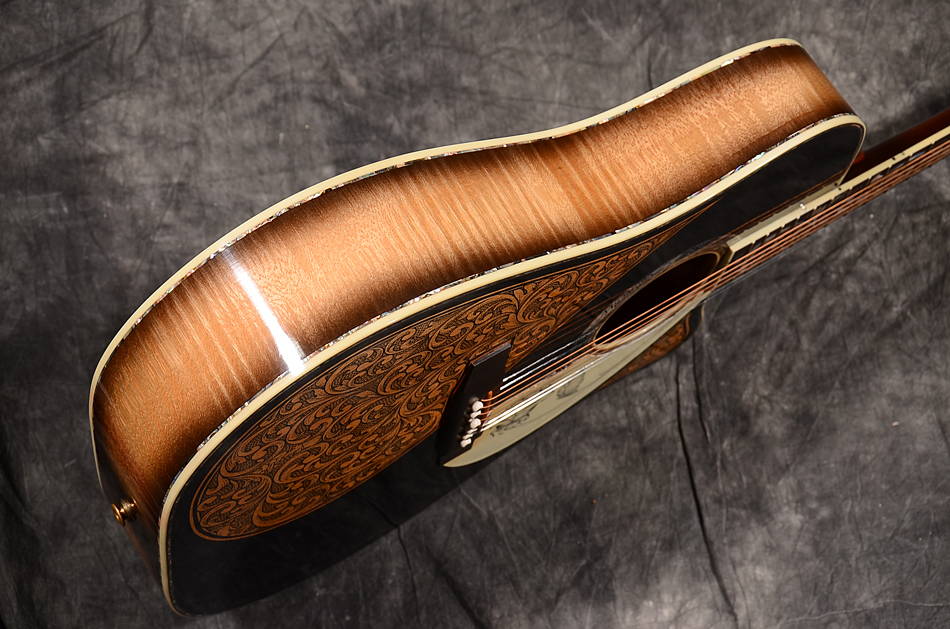 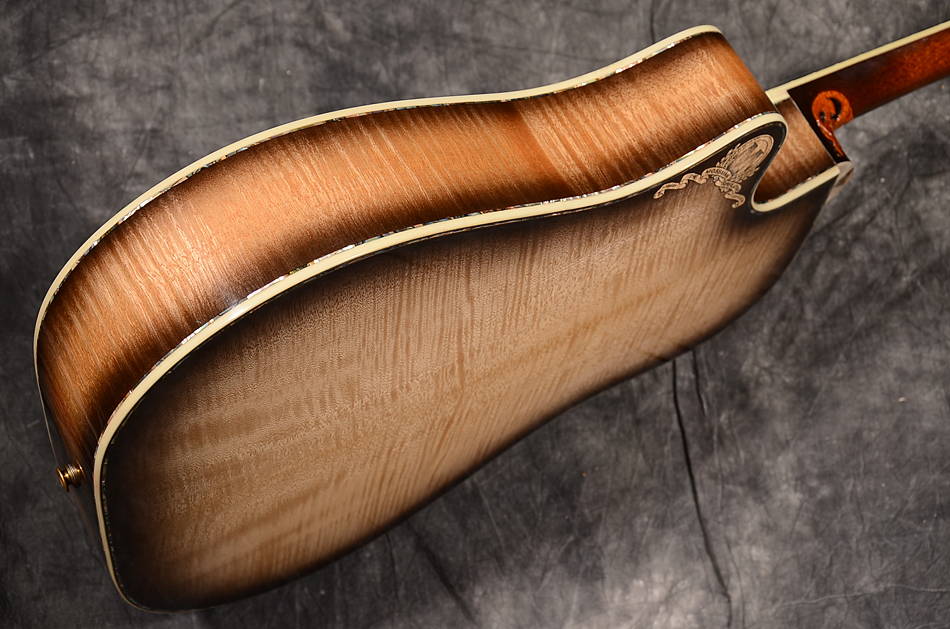 The side backs are made of flame maple with beautiful tiger grain. 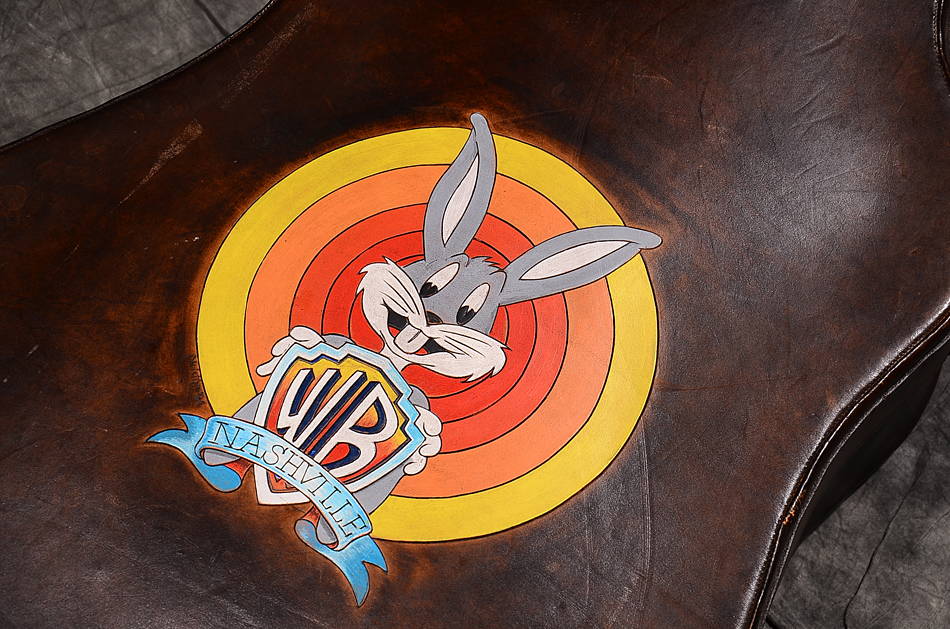 The outside of the hard case has a colorful illustration of Bucks Bunny. 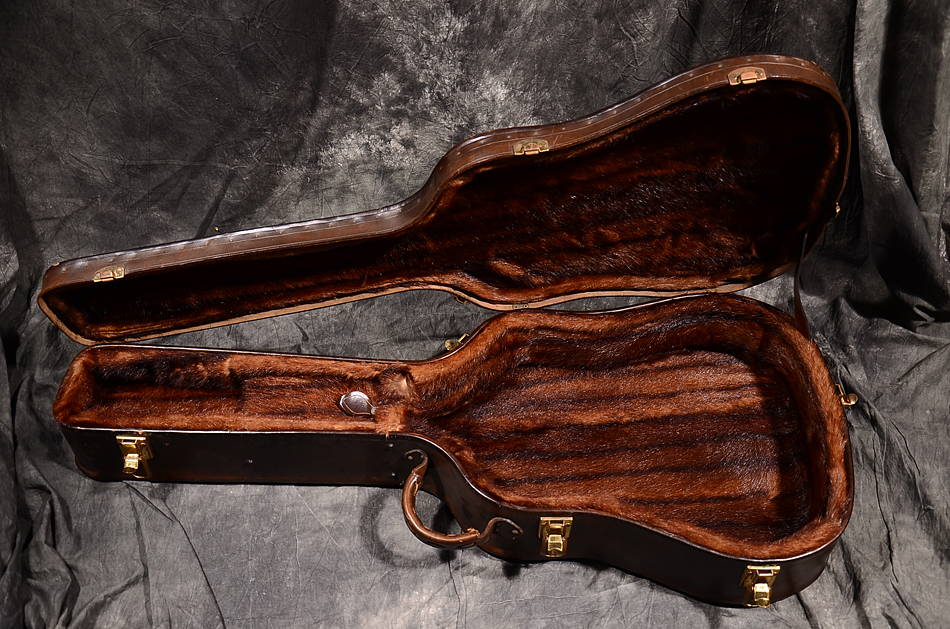 The inside of the hard case is covered with mink fur instead of a boa to protect the guitar.

The sound is as good as the luxury, and the overall balance of the guitar is excellent, making it more a work of art than a guitar. We hope you will take this premium and valuable piece of guitar in your hands.