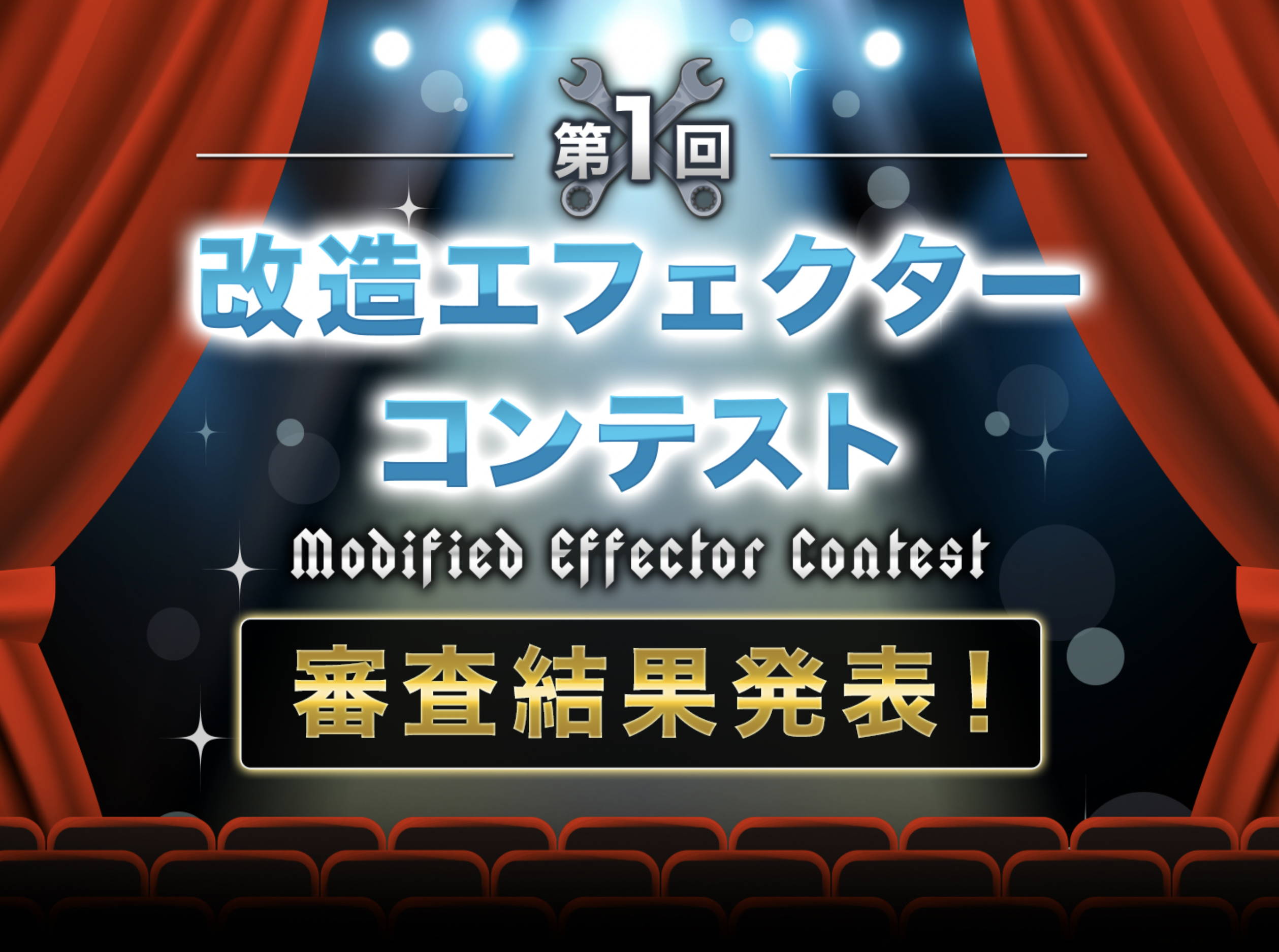 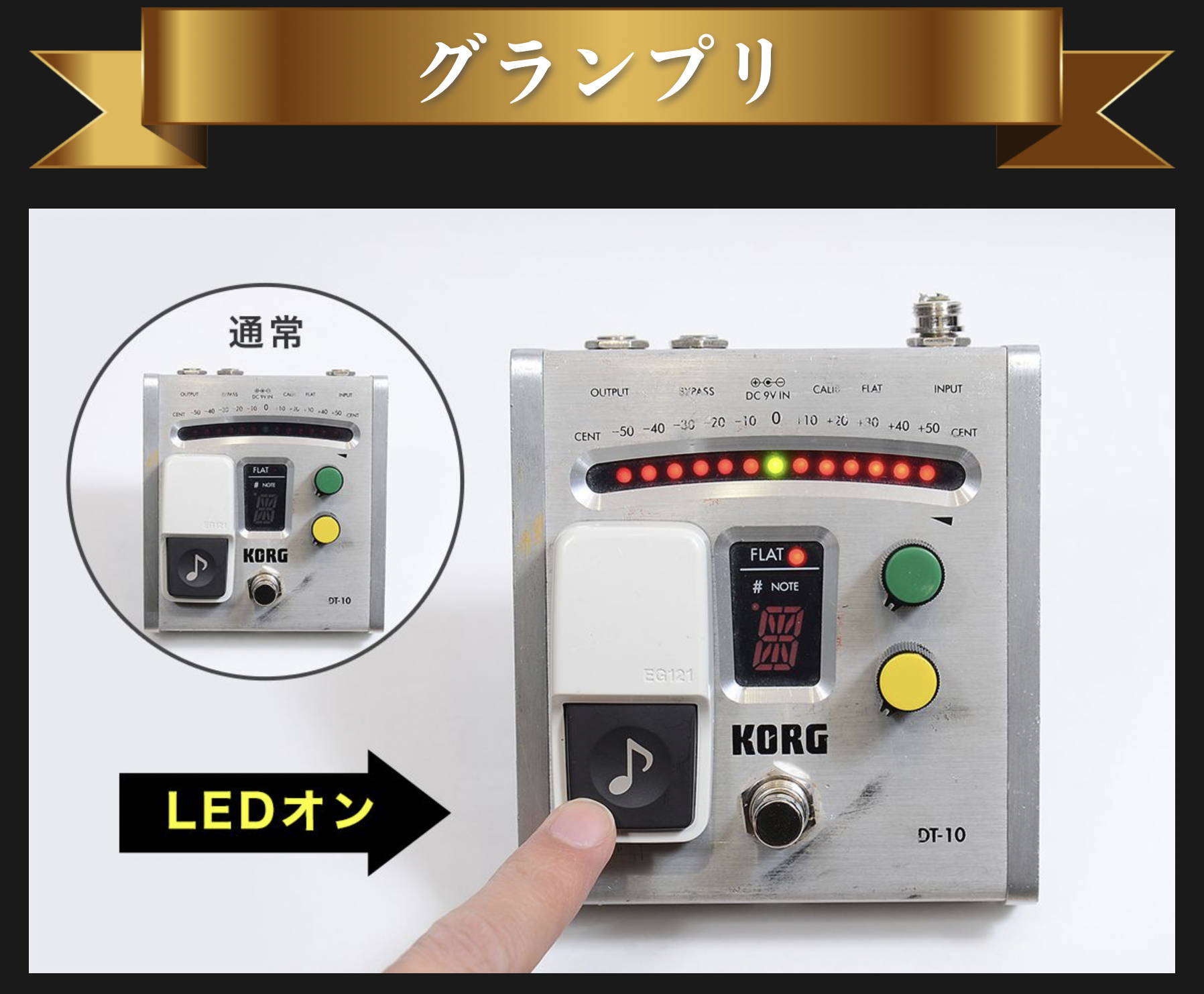 Description of the work
This work was inspired by a chime button found in an electronic parts store. It can output the sound of a chime.
A junk tuner that he happened to find was used as the chassis.
When the chime is turned on, the LEDs light up in a flashy manner, but it does not function as a tuner. The tuner is fun to play with, as you can change the pitch of the "ping" and "pong" tones with the knob.

Comments on the work
The Grand Prix was decided by the votes of many people who cast their votes on the Web, the votes of sponsors, and the selection of the TC Musical Instruments staff.
Many people praised the fun factor of this work, saying that it was "fun," "the idea is great," "the point is that it cannot be used as a tuner," and "it is good that it shines needlessly.
It was an outlandish idea that no one would have thought of, and a work that everyone found enjoyable. 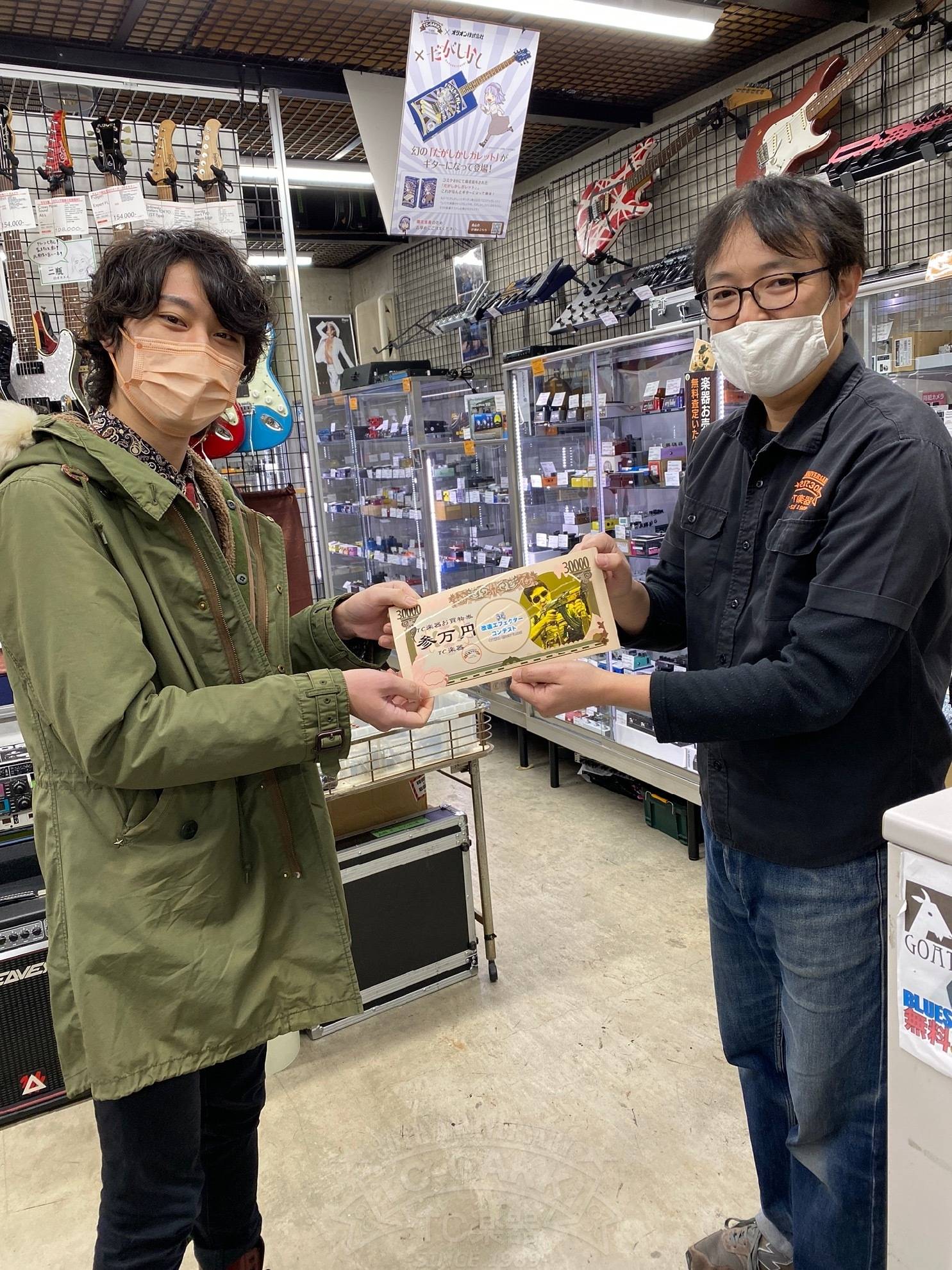 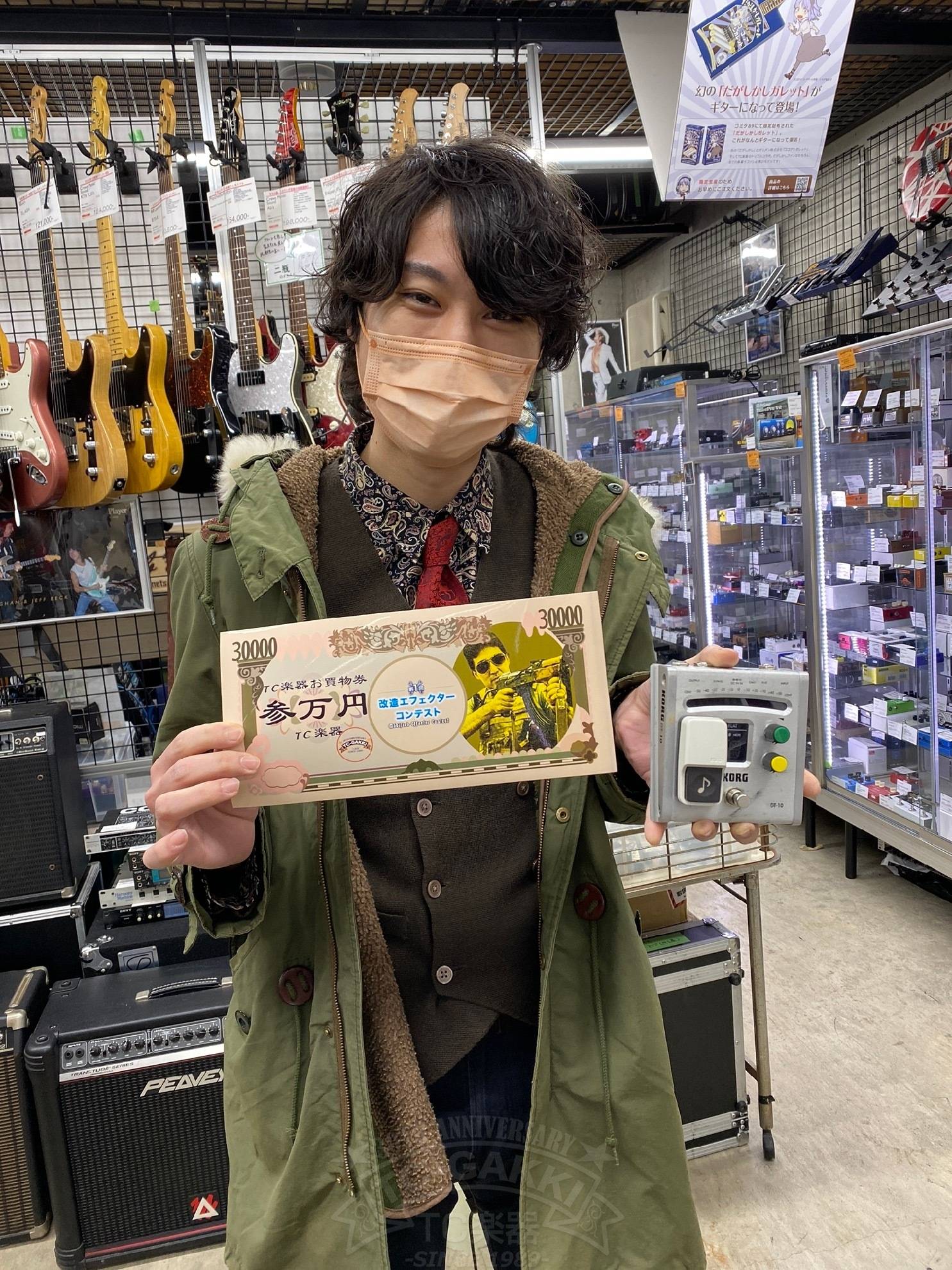 We were honored to have the Grand Prix winner, Mr. Caseke, visit our store and present him with a coupon worth 30,000 yen as a prize. It was truly an outlandish and shocking effector! Congratulations on winning the award. We look forward to seeing your next entry! 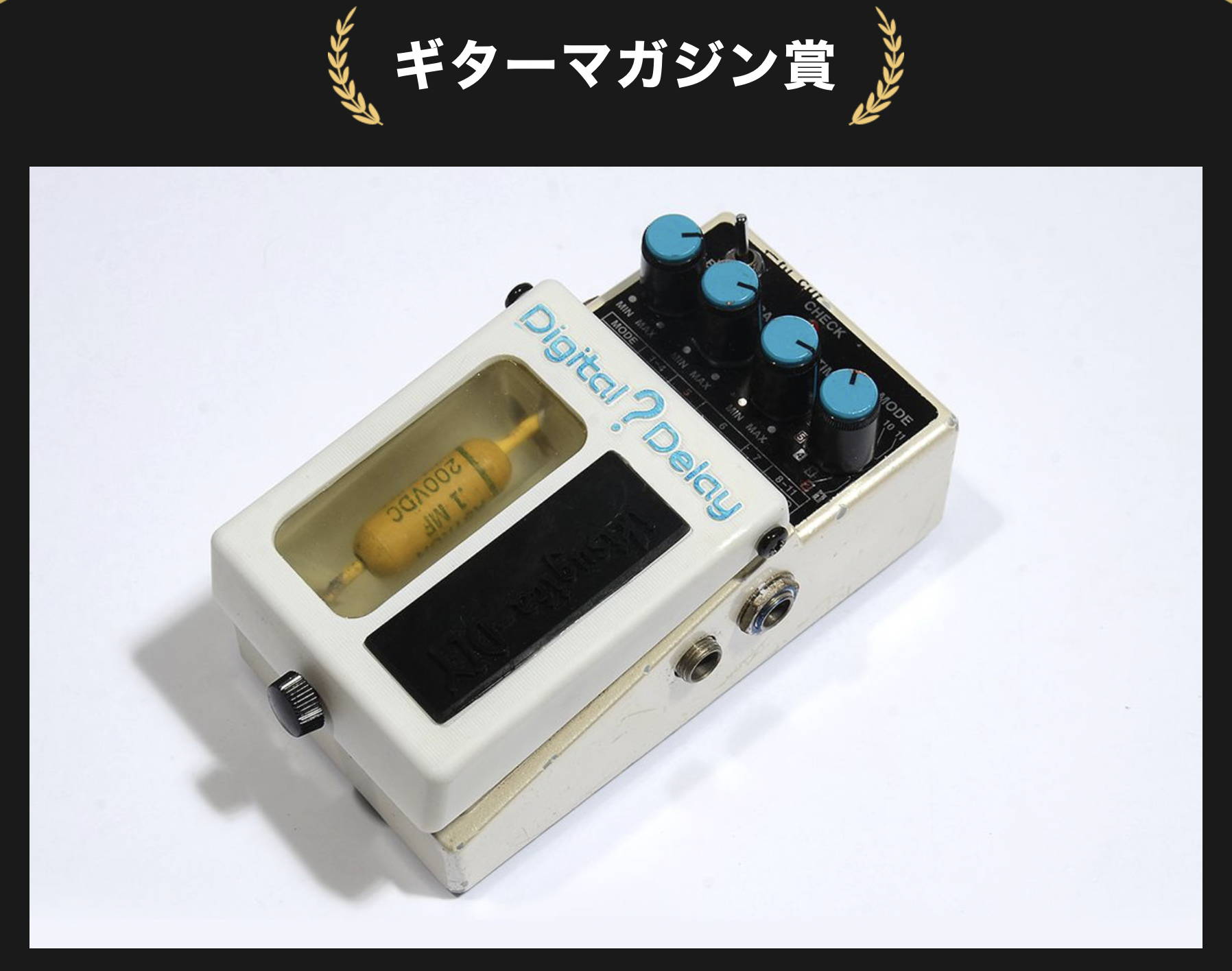 Comments on your work
The idea of putting a vintage capacitor into a standard digital is a good one.
The slightly retro look, reminiscent of food samples from the Showa period, is also good.
I would love to play with it in a band ensemble to see how the warmth and thickness change!
I wish they would do it on other models too! 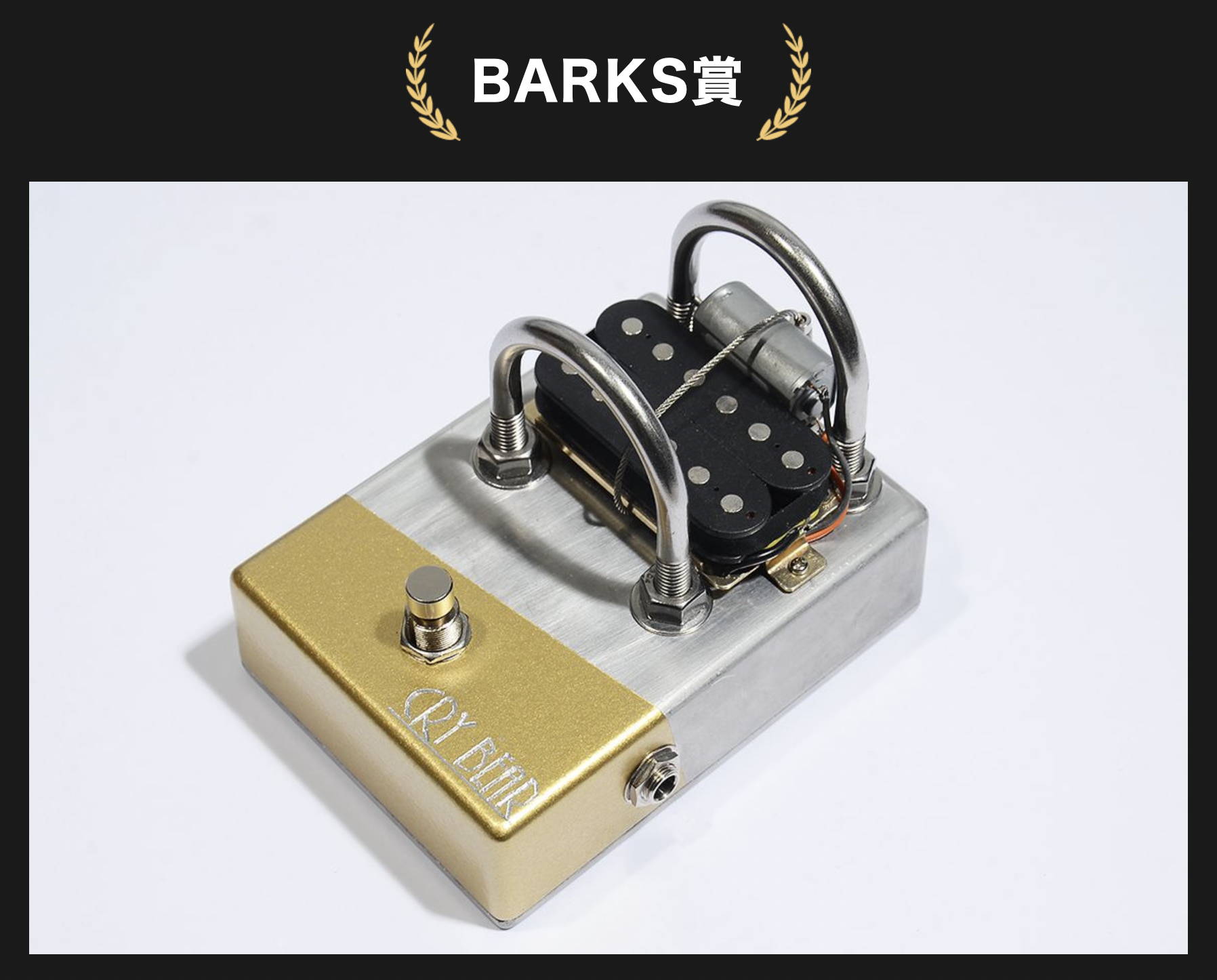 Comments on this work
Among the 30 works full of original and outlandish ideas, the pickup sitting on top of the effector convinced me that this guy is an idiot (laugh), and I immediately voted for the BARKS Award without hesitation.
It is a brilliant arrangement. 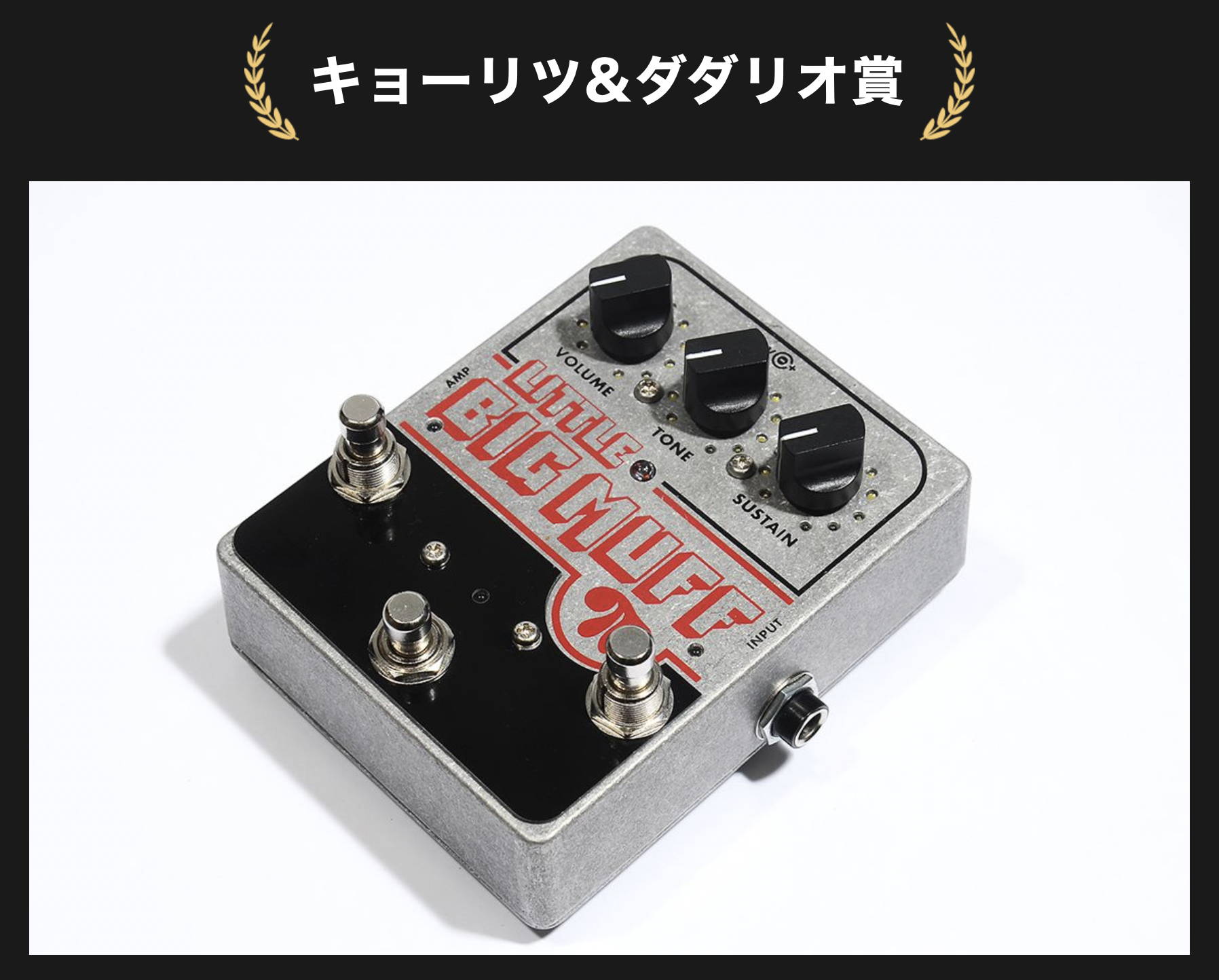 Comments on the work
Everyone has a different form of love for muff. Among them, I felt a kind of partiality for the approach of "decorating it with LEDs to make it sparkle," in addition to its sound and functionality. 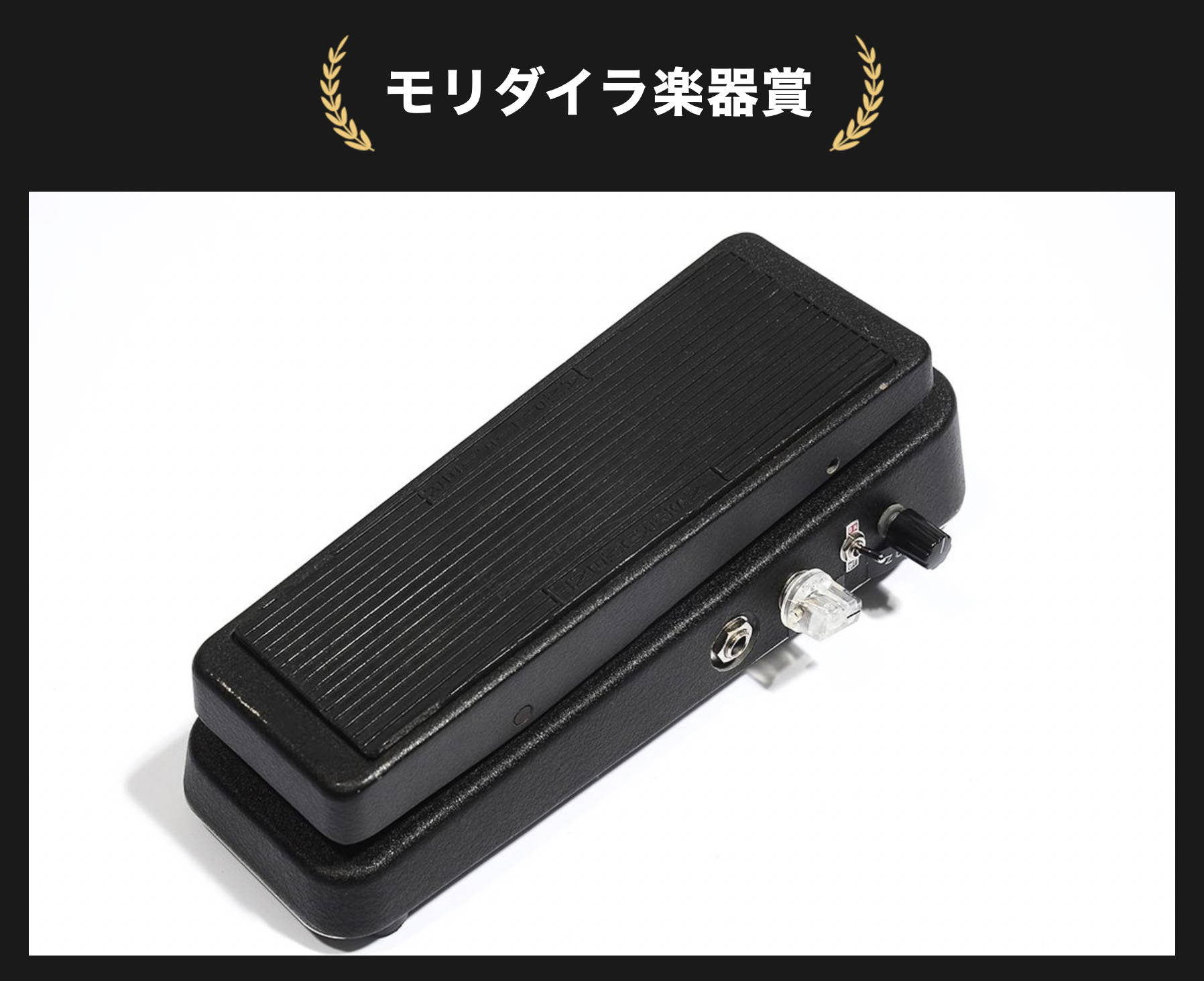 Comment on the work
In addition to a bypass system with no pop noise, LED on/off confirmation, and a booster, the output impedance adjustment function allows it to be combined with fuzz and other impedance-sensitive effect pedals. I chose this product because I felt it was a "mod effect pedal. 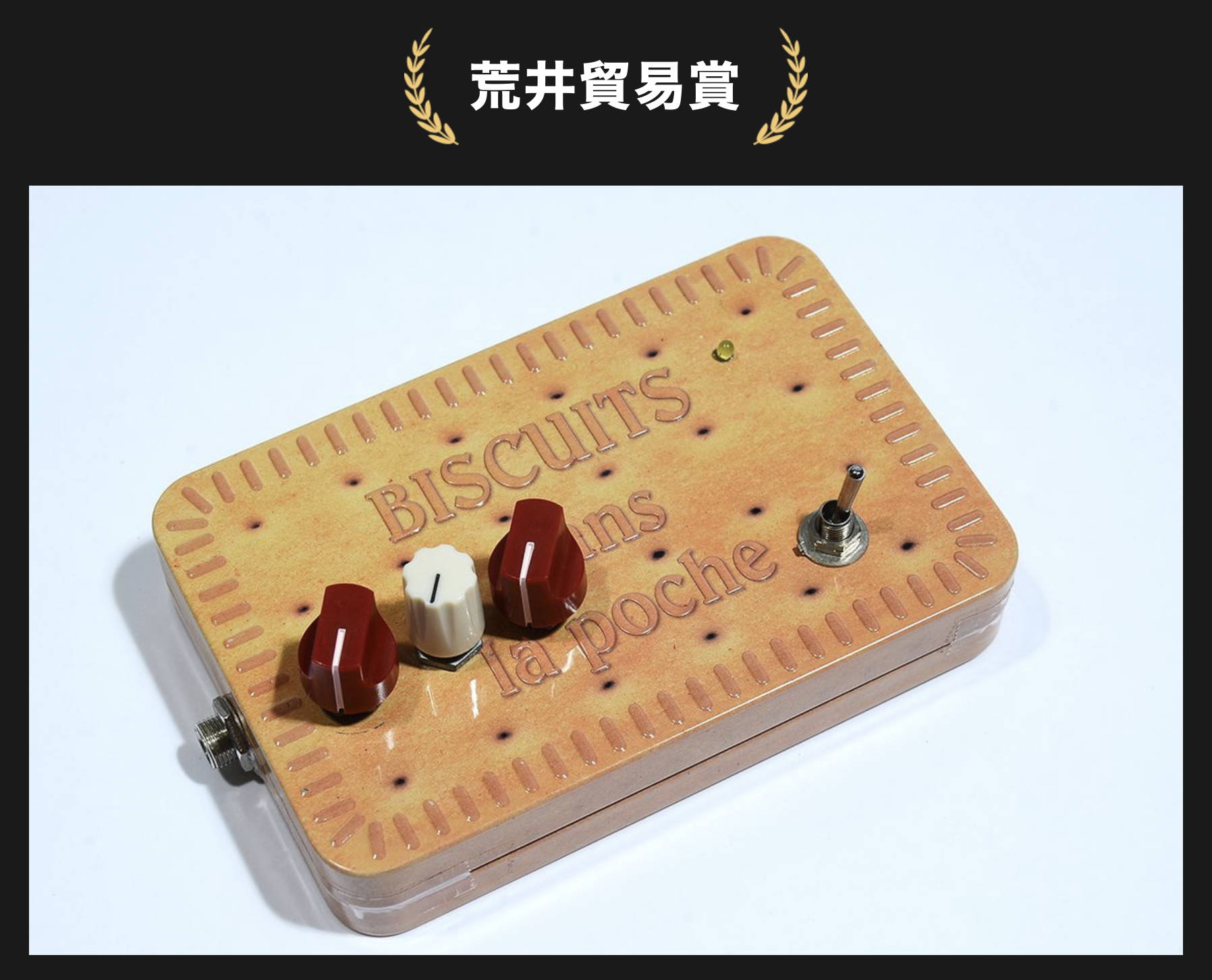 Comment on the work
I love the POP look of these things. Considering the recent demand from women, I wonder if there is a shift from cool to cute. I feel it is.
I would like to value that kind of sensitivity. 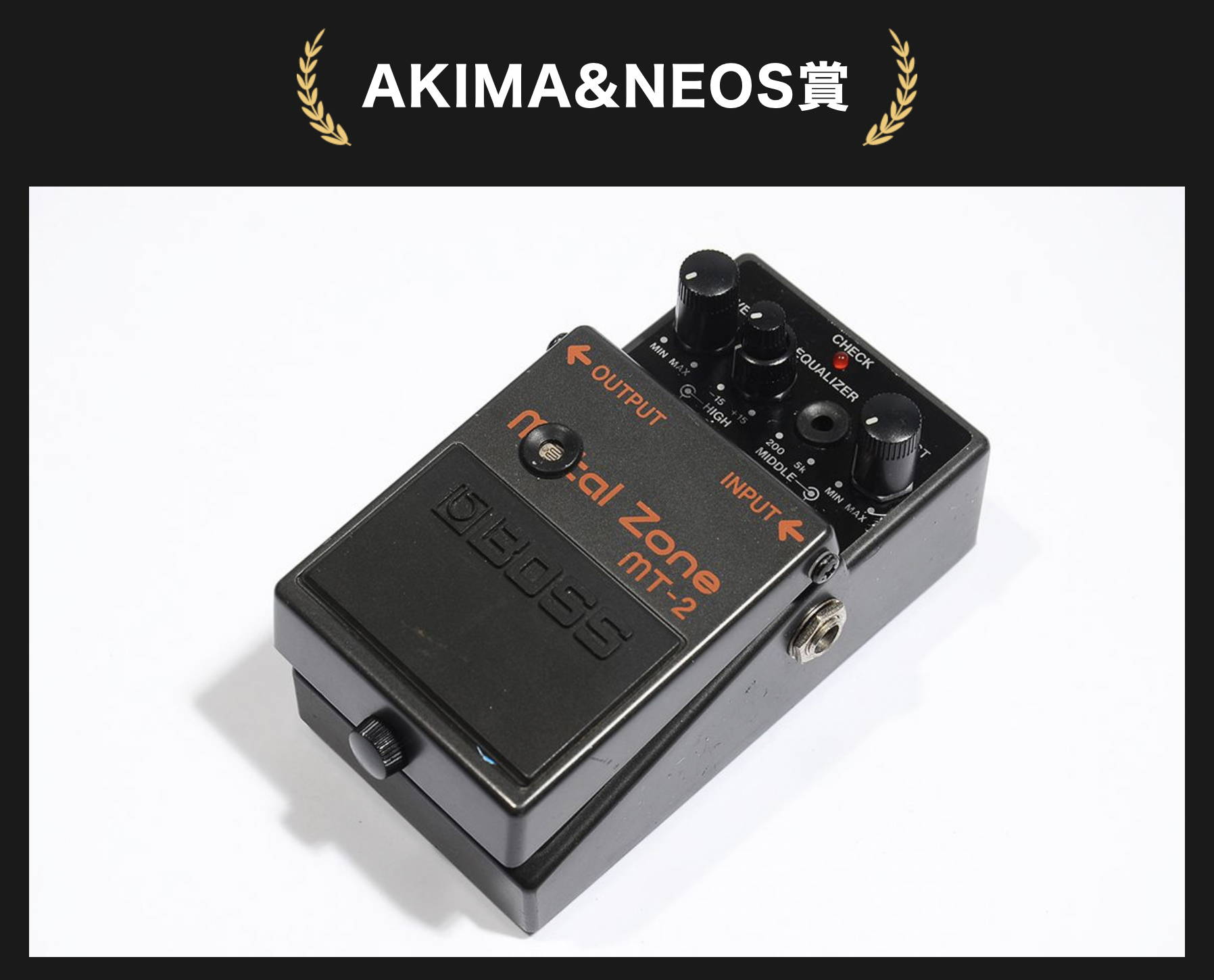 Comment on the work
This time, since it is a modified effector, the sound changes dramatically, and this was the best.
It seems difficult to actually use it well, but I liked the focus point.
Also, the use of the CDS element and the clean processing were also high points.
Akimatsuneo 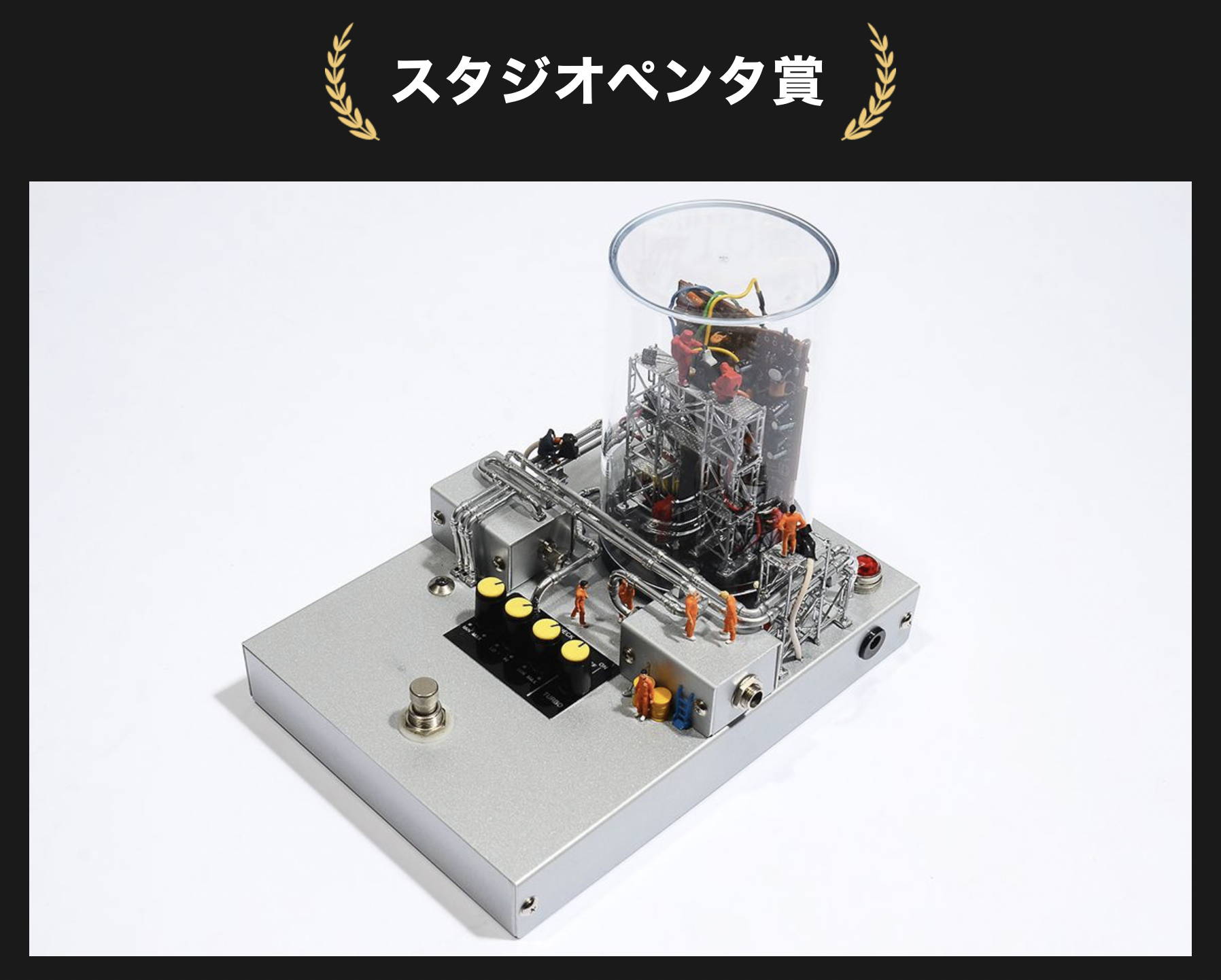 The work of "Guitar Works" who "came back" with an idea.
BOSS OD-2 ~Lost Technology

Comments on the work
The story of humans finding OD-2 in ancient ruins 12,000 years later was a wonderful choice.
This work has the same excitement that I felt when I was a child, when I was addicted to LEGO and watched SF movies.
I really hope that Director Spielberg will make a movie of it. 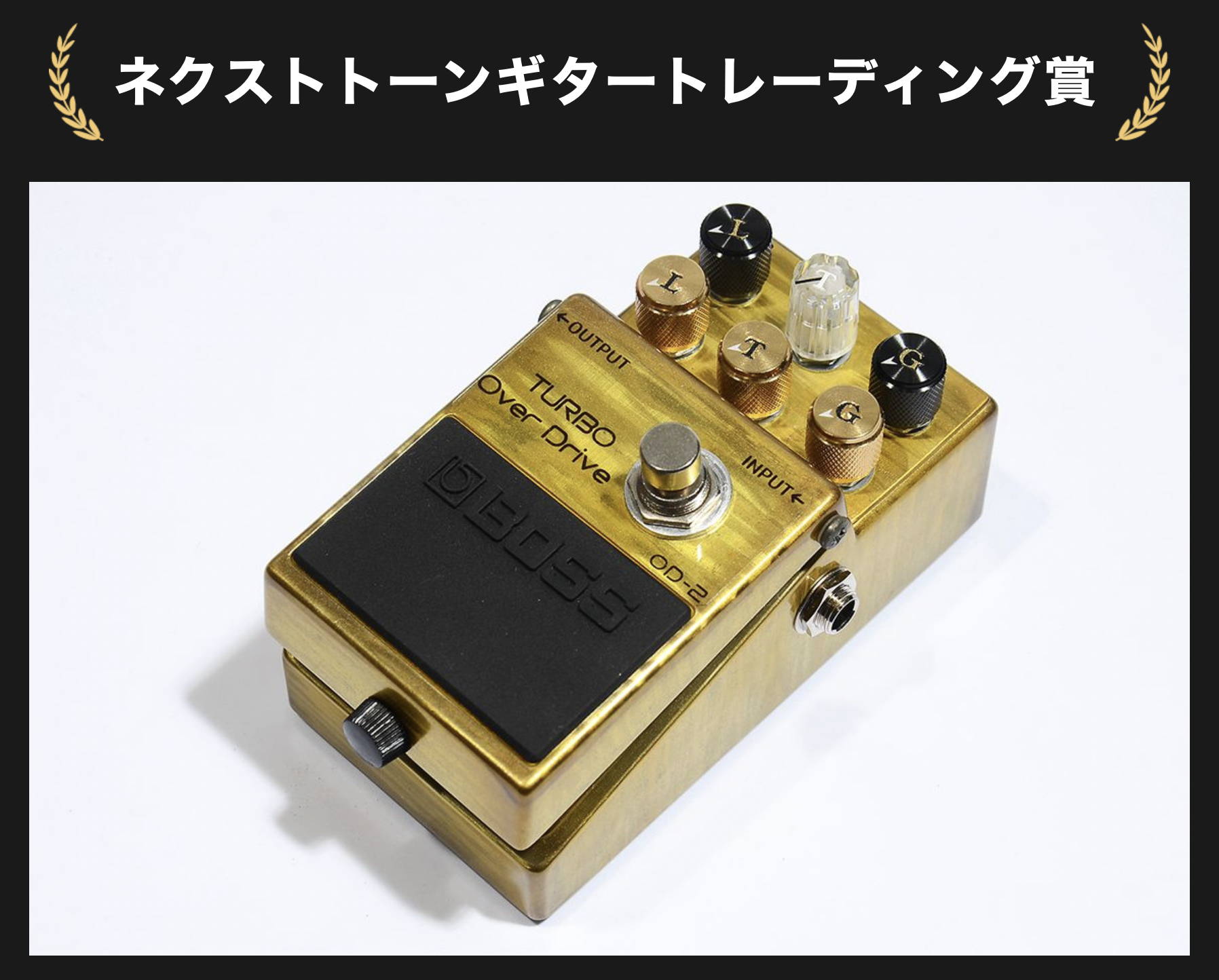 Comment on the work
Not only did we improve the operability by bringing the turbo SW to the forefront, but we also made it possible to embody the ideal sound creation in a more flexible manner.
The exotic coloring of this effect pedal has a good sense of style, and I thought it was an effect pedal with a strong presence. 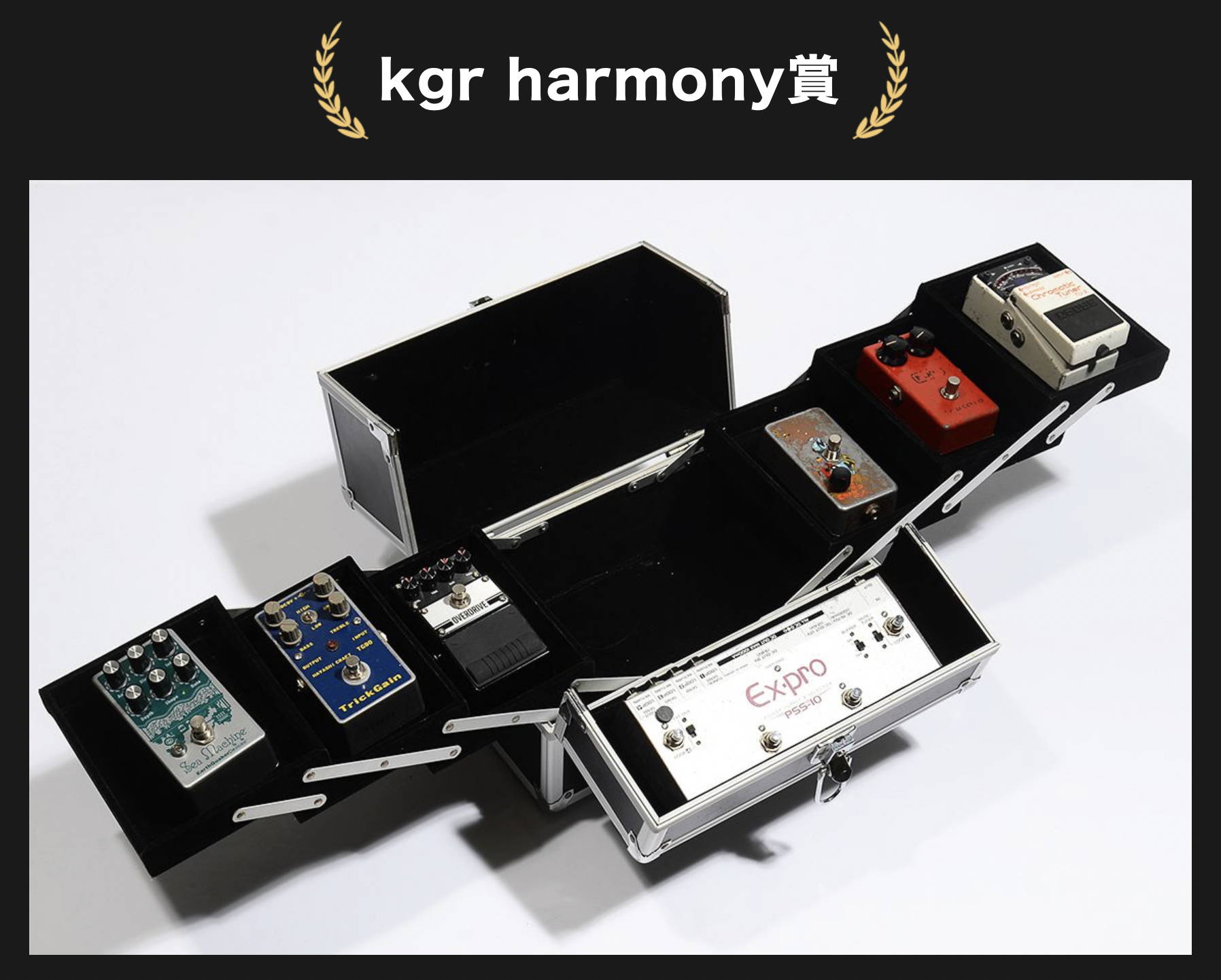 Comments on the work
The scale of the idea is large, and the best thing is that it is not confined by a frame.
Although it is a "modified effector contest," it is not an effector, but an effector board, and the three-dimensional cosmetic box in which the effectors are placed made me think about the scale and angle of vision of the contest. 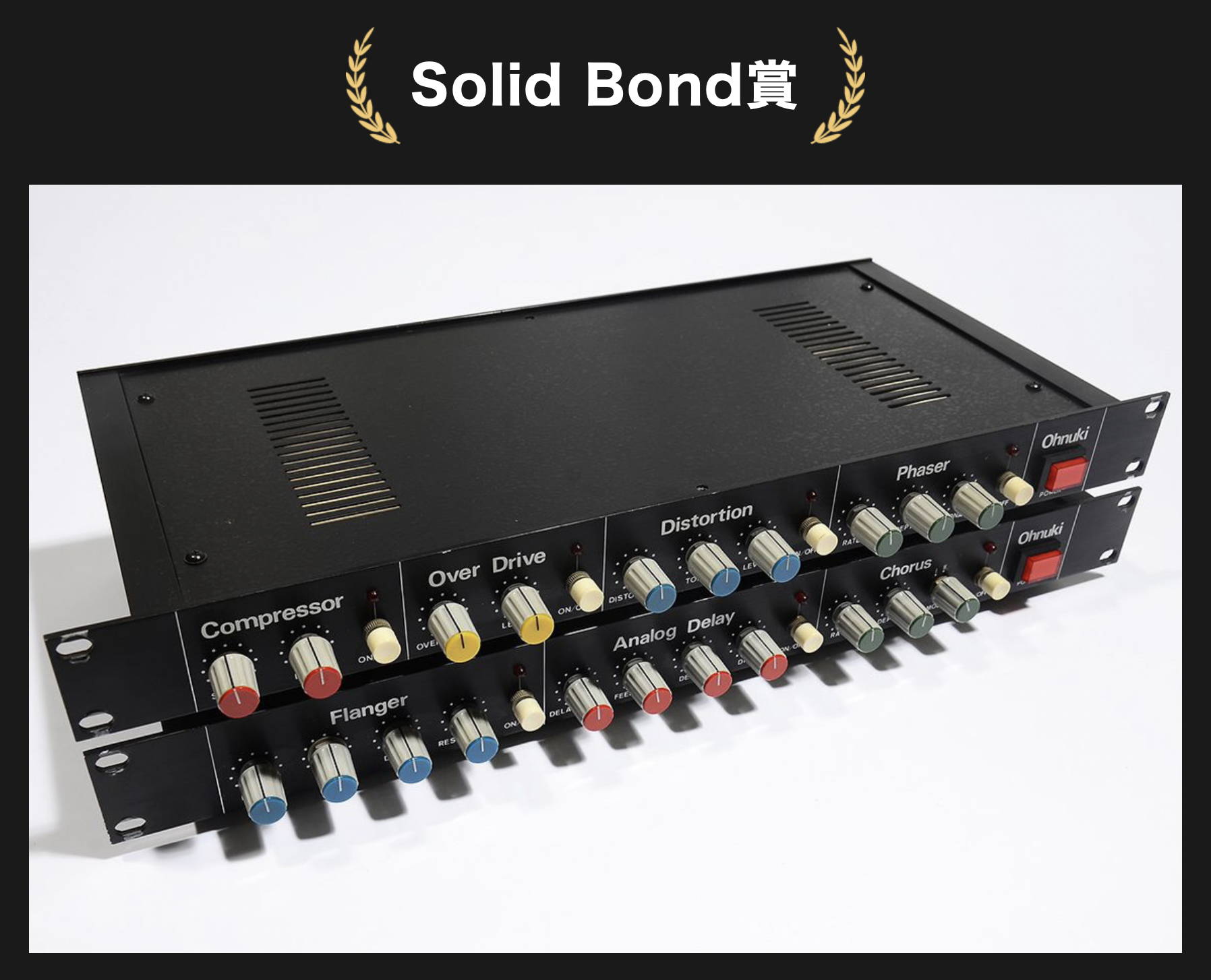 Comments on the work
A rack filled with great machines that I, being over 60 years old, miss very much!
With vinyl records being revisited, I'm reminded of the warmth and coarseness of some analog effectors!

After the 1st Modified Effectors Contest

TC Musical Instruments, which has held three modified guitar contests since 2014, started the Modified Effects Contest with the idea that "if that's the case, then effects pedals too. We were looking forward to seeing what kind of works would be gathered in this first attempt, but we received many unique works that exceeded our expectations.

The concept of the contest was to introduce people to the fun of using effectors, but all of the works had ideas that I had never thought of, and I felt as if I had been taught that there was such a way to enjoy effectors.

All of the award winners' works were full of ideas and fun, but the works that could not be introduced here were also full of love, and I was very distressed from the initial selection process. The selection process made for a very enjoyable contest. We would like to thank everyone again for their submissions. Thank you very much.

All the entries are here ▶ 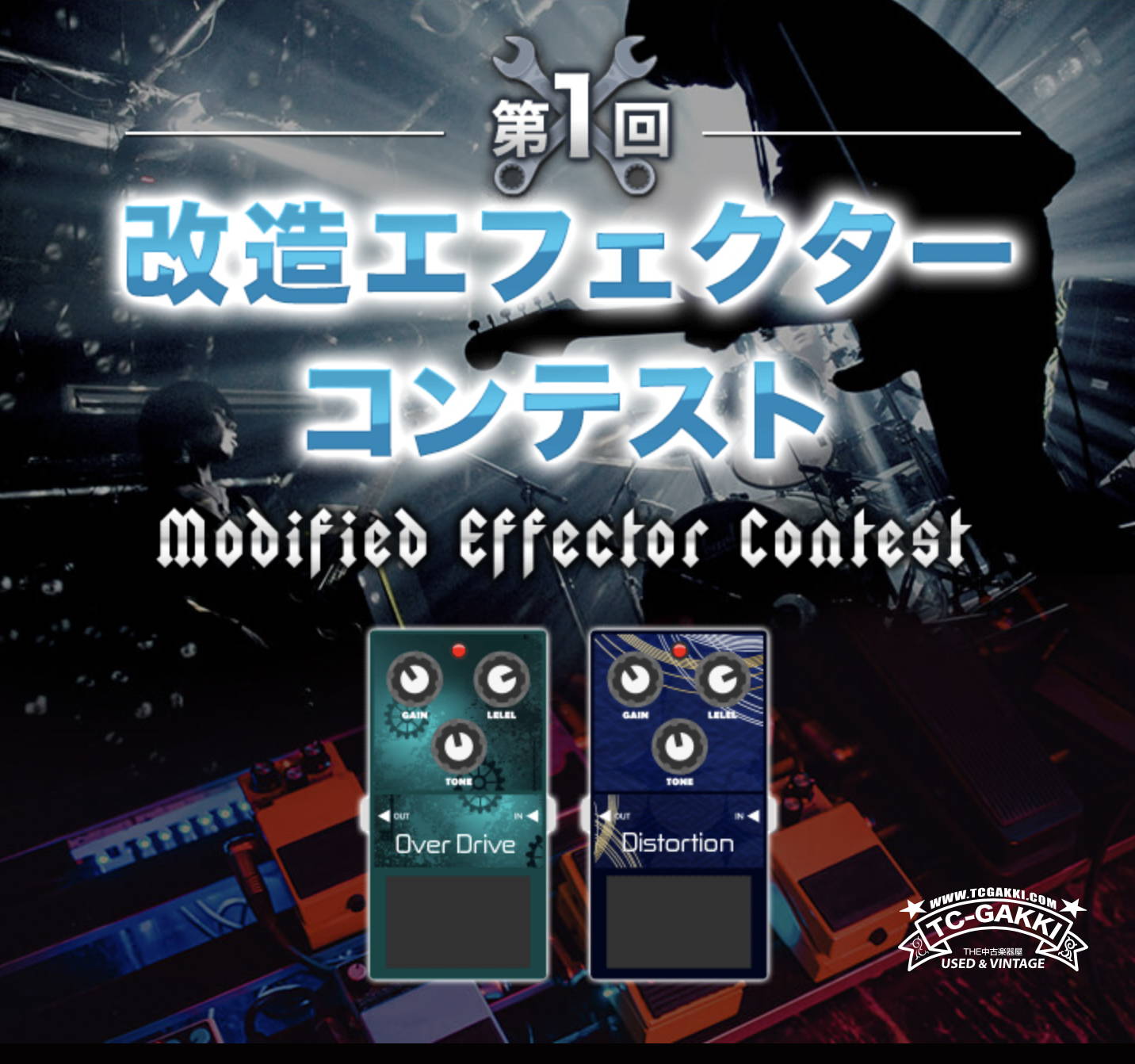 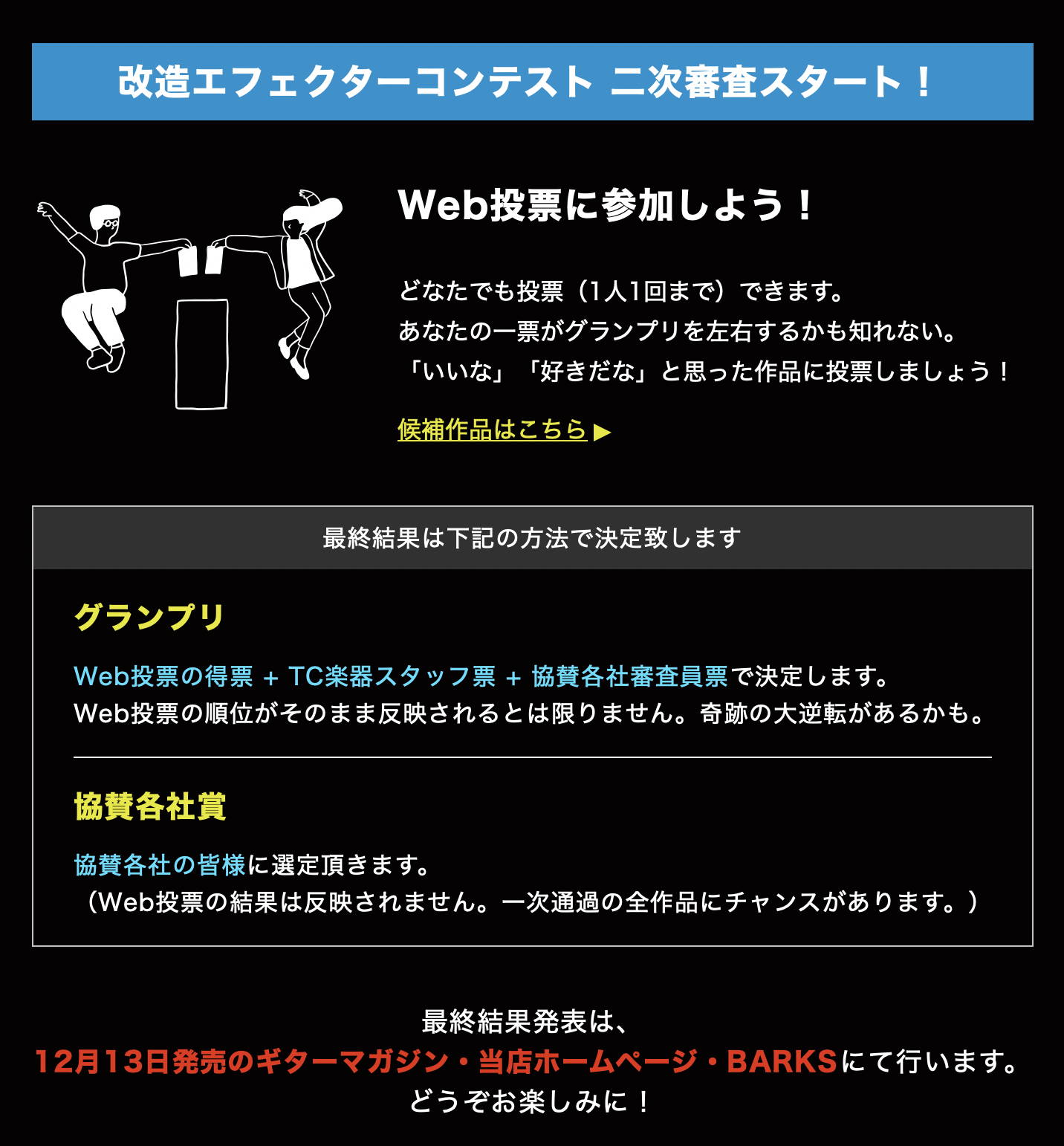 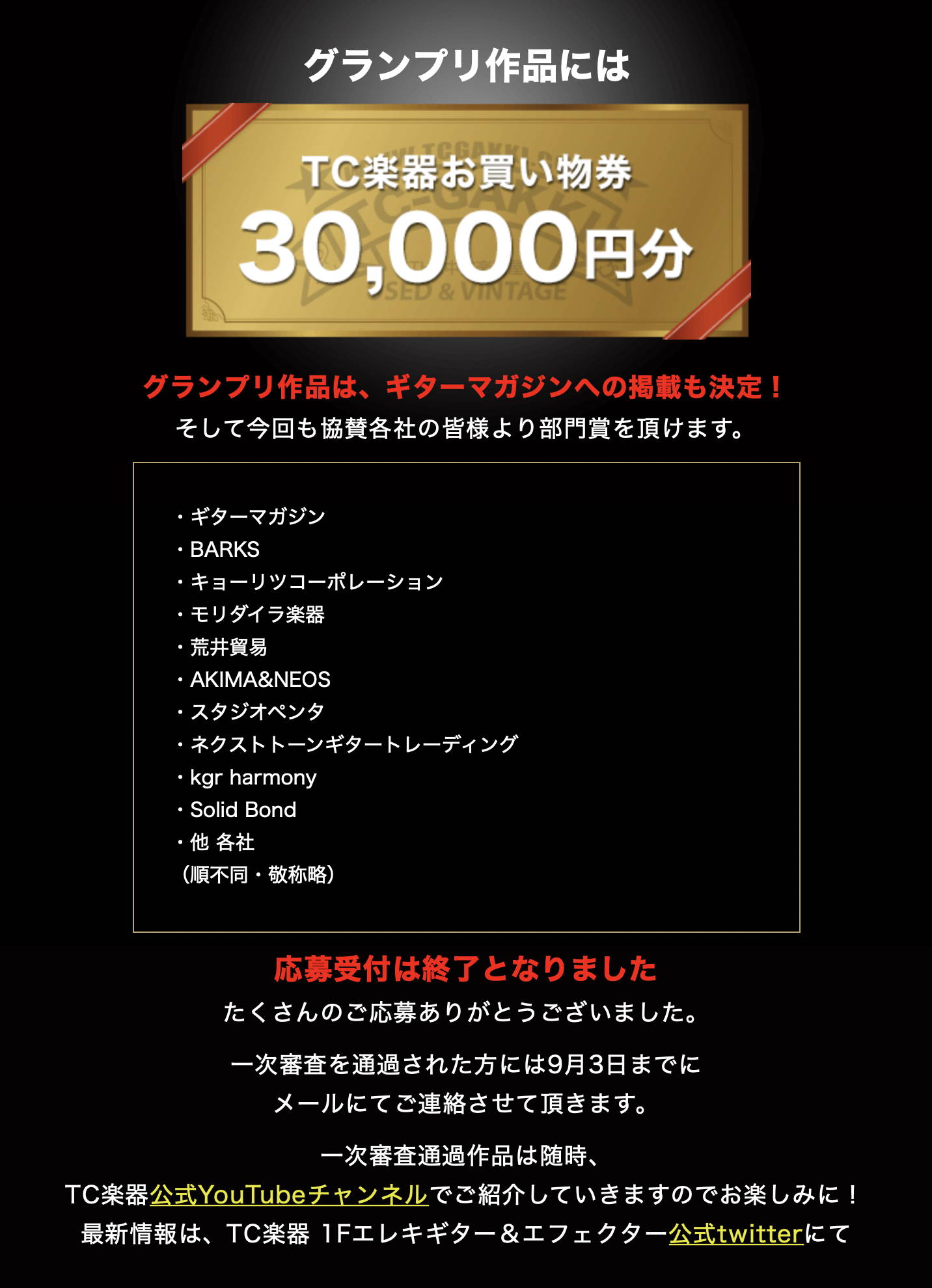 Preliminary Judging
Please send a photo and description of the modifications by e-mail.
Those who pass the initial screening will be contacted directly.
Second round of judging
The second round of judging will be conducted on the actual works selected from those that pass the first round of judging.
The works must be brought to TC Gakki or submitted by mail, and must be available to be tested in the store.
(Works will be returned after the results are announced and the award-winning works are displayed.)
Works that pass the preliminary screening will be introduced at TC Gakki stores and on our official YouTube channel.
The Grand Prix will be decided by popular vote in stores and on the web, as well as by staff vote.
At the same time, each category award will be selected by our sponsors.
The results will be posted on TC Gakki's official website and BARKS.

Anyone can apply as long as it is a modification of your own idea.
Modifications to the exterior only are also welcome.
The main point is to be able to share the fun in a video, so we are looking forward to seeing your fun ideas.

August 31, 2021
web@ (Japanese only)tcgakki.comPlease send your application by e-mail to 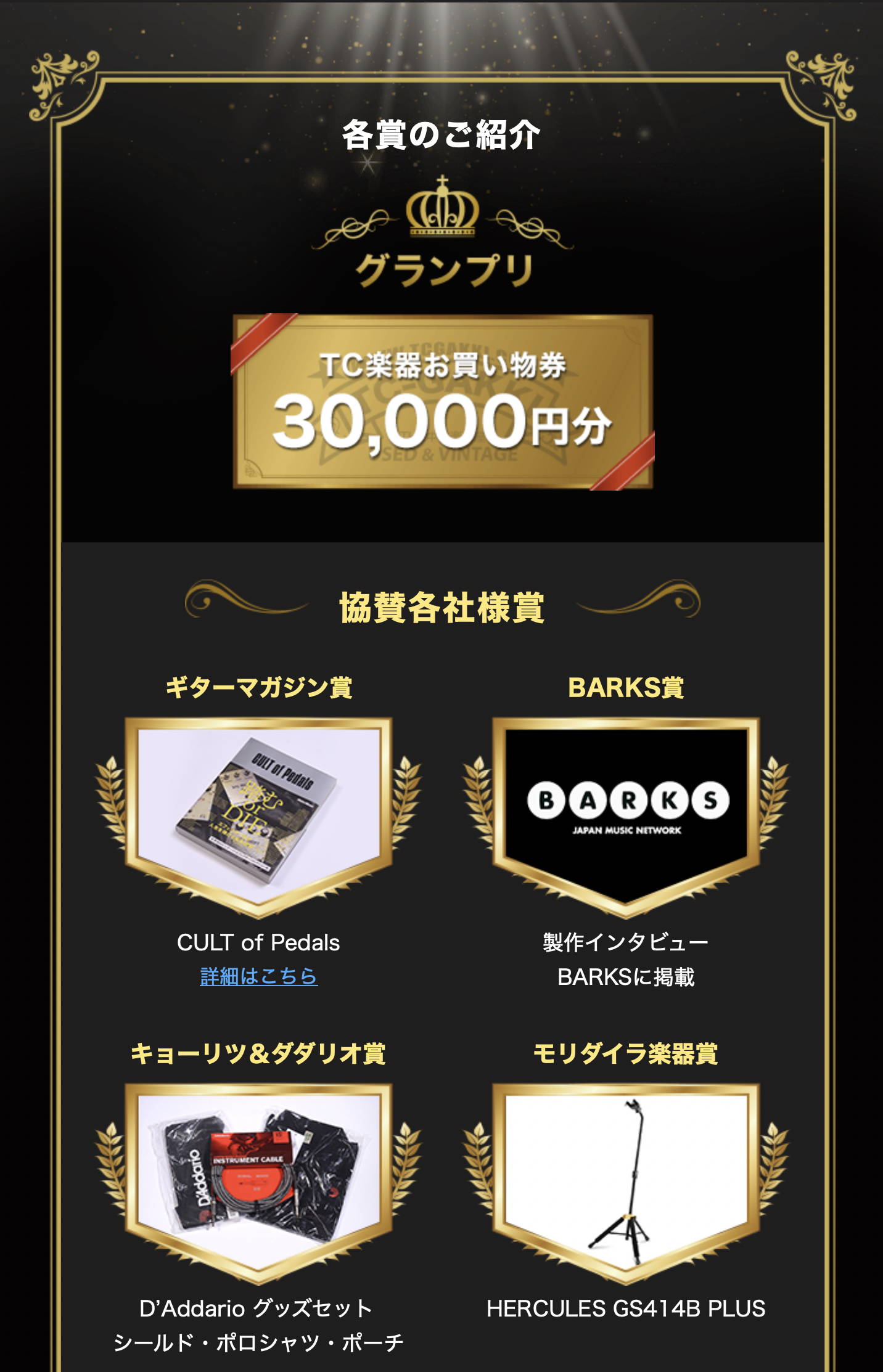 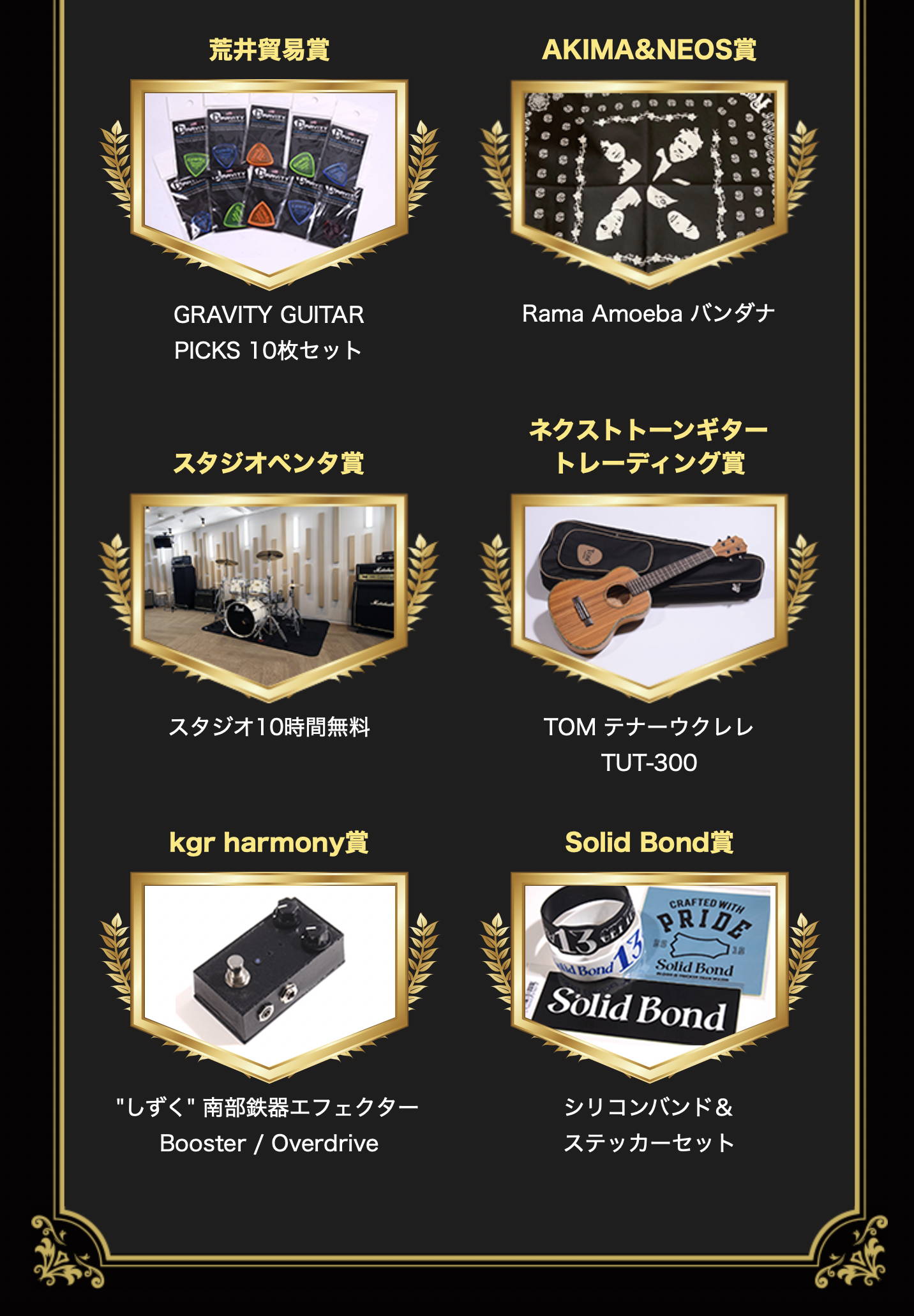