We are happy to respond to various requests for TV filming cooperation, etc.
If you have any of the following requests, please feel free to contact us through the "Contact Us" link on the lower right! 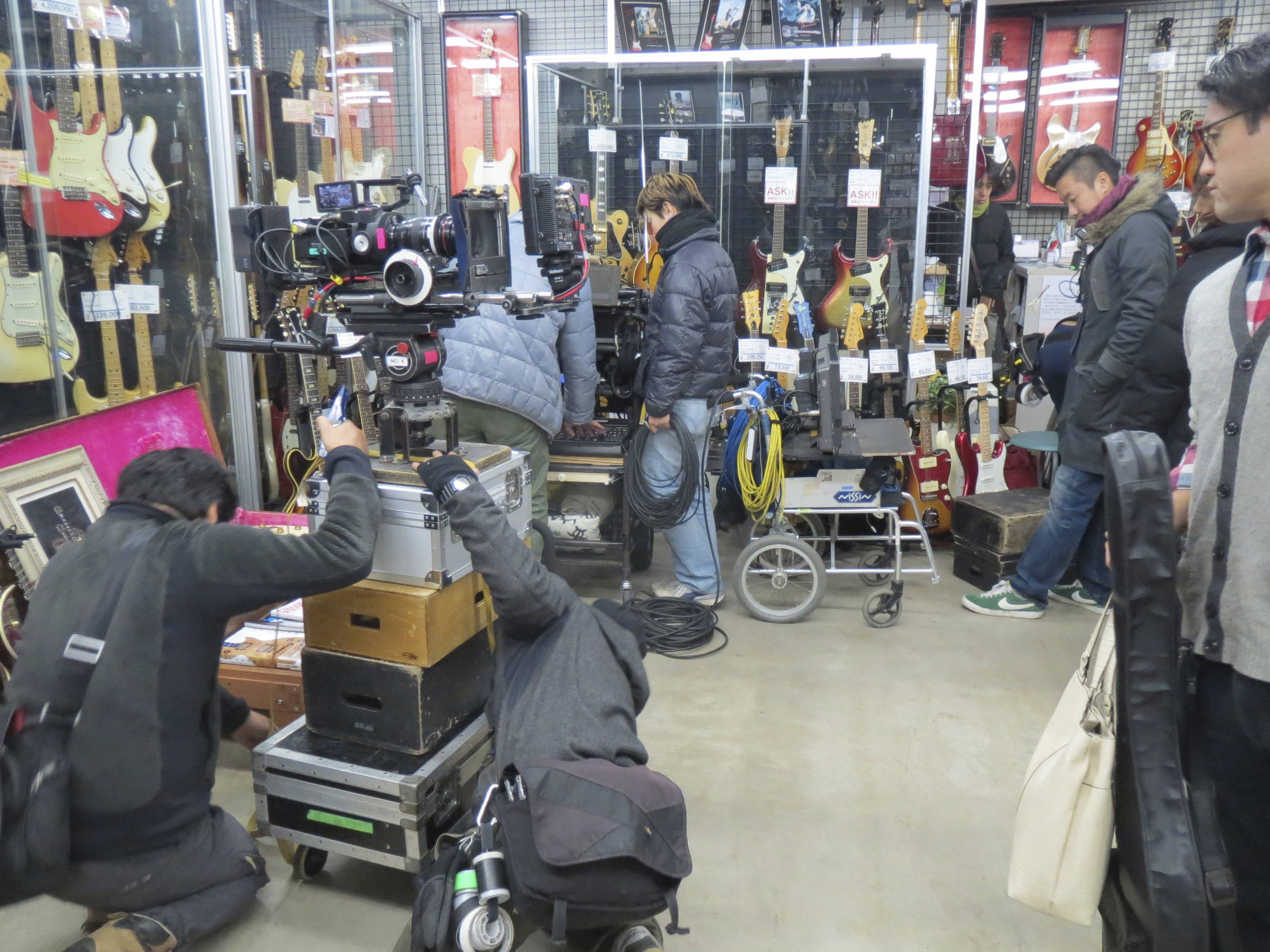 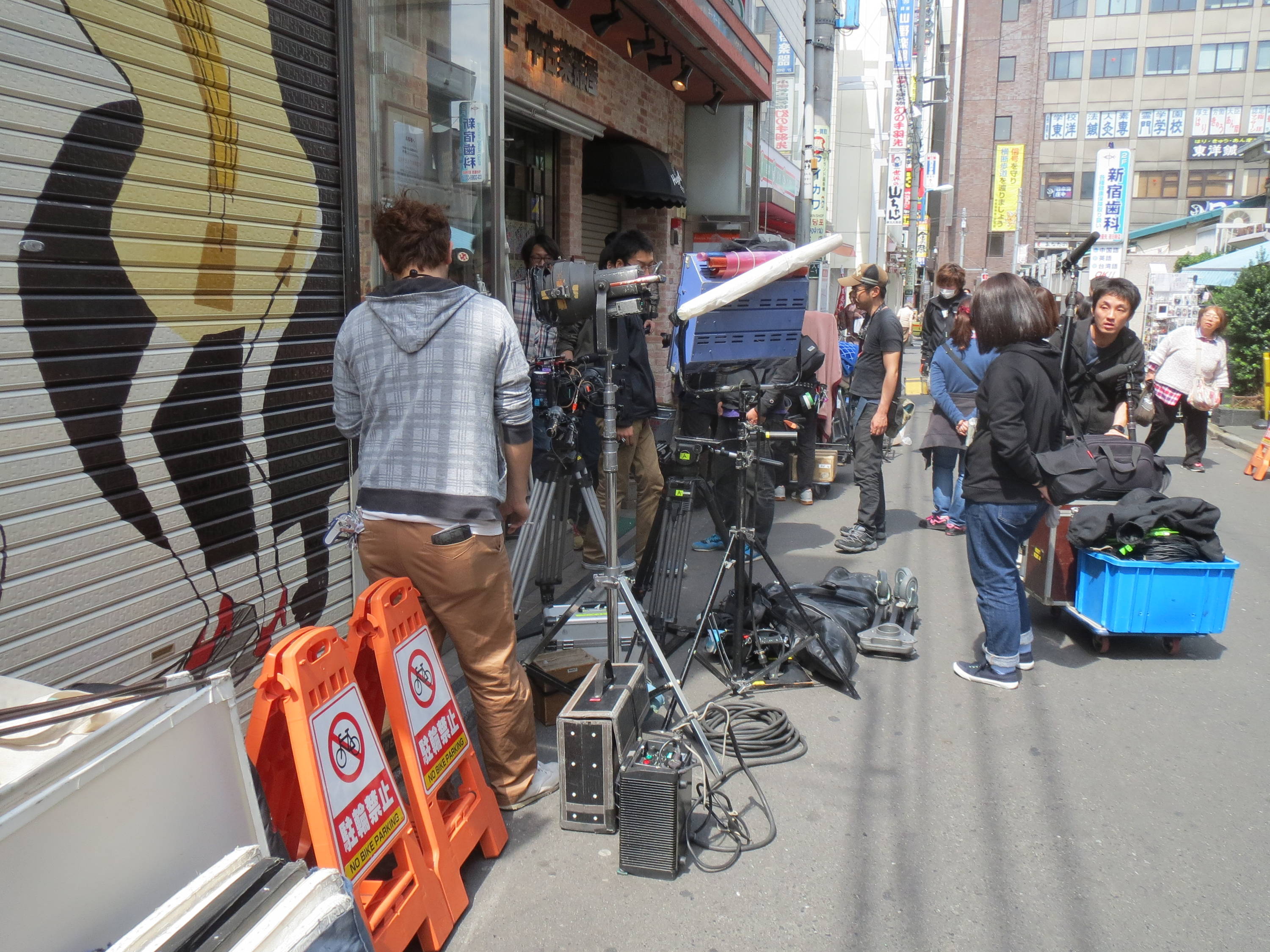 May 28, 2021
Our bass floor was used for the location shooting of the music video for the song [Life is Groovin'] by the bassist unit I.T.Revolution (IKUO & Takayuki Murata). Our staff also appeared in the video.

January 2021
Saxophone magazine "THE SAX Vol.107" (published by Also Publishing on December 1)
［Okubo Wind Instrument Store's exclusive Sebastian Knox is featured in the magazine's "Special Feature: Jazz/Fusion Mouthpieces - Tenor Edition. It was selected as one of the best 4 out of 30 mouthpieces tested.

On sale March 25, 2020
Teruki Goto's guitar (Lucy), customized at our store, was featured in the May issue of Rolling Stone Japan. Our staff member Tsushima is also introduced in the article.

January 4, 2020
TV Tokyo Godotan - Unreleased Scenes from the Second Half of 2019 SP - Terumoto Goto's guitar (Lucy) customized at our store was introduced and featured on the TV Tokyo Godotan website.Our staff member Tsushima also appeared on the show!。

September 18, 2018
Our vintage guitars were featured in a separate issue of Lightning Vol. 186 Vintage Guitars Entirely Fender and our store was introduced in the magazine.

August 2018 release
Our Martin D-28 Train and inside of our store were introduced in the August issue of Golden Generations [Gigi] This month's special GG Prime.

On sale April 2018
Our wah-wah pedal and our store were featured in the May issue of Young Guitar's "Michael Schenker's God and Wah" in the "Wah-Wah Compendium" section.

March 2018 release
Okubo Wind Instrument Store provided the instruments and commentary data for the feature article "The World of Vintage Trombones" (p.56, 57) in the March issue of JAZZ LIFE.

January 2018 issue
Effects corner and staff Sano were introduced in "Distortion Pedals 2017-2018" in the February issue of Guitar Magazine.

January 2018 release
Manager Mizumoto of Okubo Wind Instruments gave an interview and commentary on the trumpeter's favorite instrument, which was explored from the album jacket in the January issue of JAZZ LIFE's special feature "Trumpet Evolution" (p.16?21).

April 13, 2017
In the May issue of Guitar Magazine, several of our guitars were featured in "Three Stories from the Corona Factory since its independence from CBS in 1986".

Wednesday, April 12, 2017 - 8:00 AM
TV Asahi's "Shinichi Hatori Morning Show" and "Show Up" corner "Honey Bee and Thunder" by novelist Riku Onda, the first ever winner of both the Honya Taisho Award and the Naoki Award, has become a hot topic. Our restaurant was used for the location shooting of the recreated scene of this work.

Our guitars were featured in the April issue of Guitar Magazine sold on April 1, 2017 in the "Let ASK Guitars Play" section. The sound source is also included on the accompanying CD.

Released February 14, 2017
Our store was featured in "Shop Report

Released on October 1, 2016
An interview about the development of TC Gakki x Ghost in the Shell S.A.C. collaboration was featured in the November issue of "Player" in the Behind The Scene section.

August 12, 2016 release
Our original guitar "TACHIKOMA GT" was introduced in the September issue of "Guitar Magazine" and an interview about the production story was featured.

July 23, 2016 release
Our original guitar TACHIKOMA GT was featured in the September issue of the men's fashion magazine "smart" (Takarajima-sha).

Fuji TV drama "Love Song" in the last episode on June 13, 2016
Masaharu Fukuyama himself selected the YAMAHA FG used by Sakura Fujiwara in the drama, and purchased it from our store.

Published February 4, 2016
Many of TC Instruments' electric guitars are featured in the repaired and revised edition of the mook book "Guitar around the 80s" released by Shinko Music Entertainment.

January 25, 2016
About 50 of our guitars are featured in "Vintage Japanese Guitars: Made in Japan" published by Nippon Graphic Publishing Co. Also featured in "Where to Buy Vintage Guitars in Japan".

January 2016
Featured in "Yotsuya Bass Club" in the February 2016 issue of Bass Magazine.

October 9, 2015
Gibson Les Paul Guide" published by Sanei Shobo, featured many of our Les Pauls, and was also featured in a specially selected guitar store guide.

Broadcast on August 13, 2015
Our 1971 Martin D45 was lent to Tsuyoshi Nagabuchi, a guest on Nippon Television's "Guru Ninety Nine" Gourmet Chicken Race 17, as the guitar he wanted. The actual performance by Mr. Tsuyoshi Nagabuchi was aired on air.Mr. Matsui, manager of TC Gakki, also appeared on the program.manager of TC Gakki Matsui also appeared on the air.

Please contact "Tomita" in charge for any inquiries or requests (please click the chat button in the lower right corner).