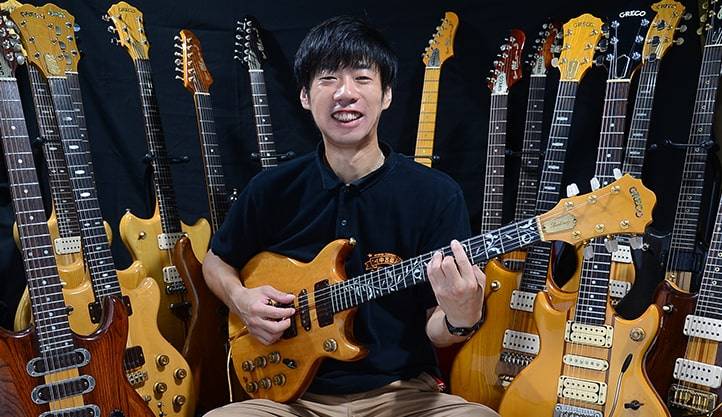 One day, a red car was seen in front of the store!
I took a closer look and saw that it was the president's car.
I ran up to him and said, "Good job! I ran up to him and was surprised when I opened the trunk!
Yes, the president had captured a lot of Japan Vintage!
It is very rare to receive such a large number of vintage instruments...I had never seen such a large number of vintage instruments.
A large number of guitars were brought into the store, brought in!
A few days later.
A few days later, a sudden order from the president...
The president said, "Nakayama! Do a column on the Greco GO series"!
Nakayama: "What...! Uh, yes...ya, I'll do it."
Oh no...I've accepted...
I can't back down now...I have to do it!
I was so determined, but I had no knowledge of Japanese vintage...
I had to do something... I rummaged through old catalogs and precious materials... Study, study, study!
And so it went...
My Greco research journey has begun!
Our target this time is the GO series, which is extremely popular and trusted by domestic guitar fans!
We will introduce the birth story and the wonderful charm of the GO series!

Greco is an in-house brand of Kanda Shokai, established in 1960...
In 1963, Greco started to sell electric guitars in earnest, and initially commissioned OEM production to Fuji Genshi (Fujigen).
1970's........A copy model war broke out between various guitar makers in the domestic market...!
Greco also produced many famous copy models!
From the Les Paul model EG series, which boasted of great sales, Greco released Gibson copy models one after another!

GRECO began to focus on producing its own original brands in the latter half of the 1970s, and the first GRECO GO series was born in 1977, which has been a hit with Japan's vintage guitar fans!
The GO series evolved from GO II to GO III, and has become a famous instrument with a deep history that continues to be passed down to the present day.

The GO III was produced by
The GO III is also famous because Takami Asano, the guitarist of Godaigo, who dominated the world with many famous songs such as "Monkey Magic," "Galaxy Express 999," and "Gandara," was involved in its development and used it as his favorite instrument.
At the time, it was the object of admiration of guitar kids.

Here are the GO->GOII->GOIII models that came to TC Gakki by model. 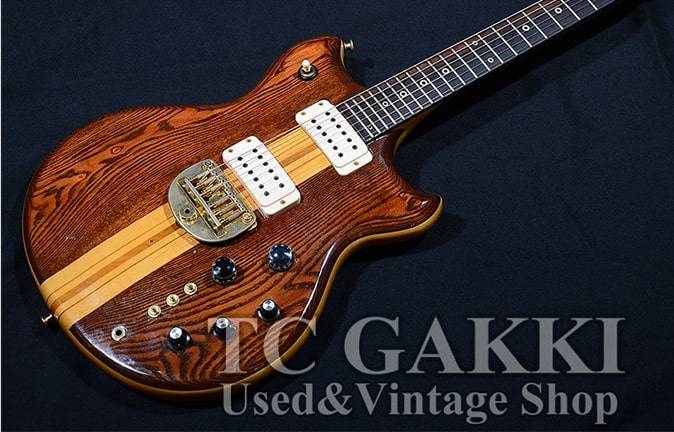 The top model of GO series!
Early model with T.S. Vibrato, and was sold at Kanda Shokai Repair Room.
It has been retrofitted at Kanda Shokai Repair Room.
The carefully selected wood selection and the high-class looks give it a dignified appearance!
1vol.1tone, 3BandEQ, and other various functions are equipped as standard features, allowing you to create a wide range of sounds.
1vol. 1tone, 3-band EQ, etc. as standard features! 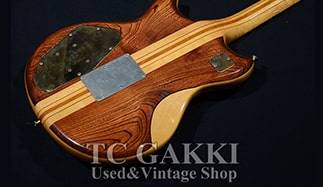 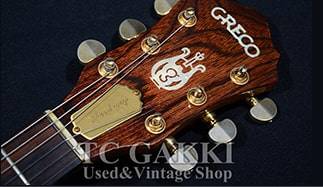 The luxurious Gold adjustable cover has a
Speed Way" on the adjusting cover! 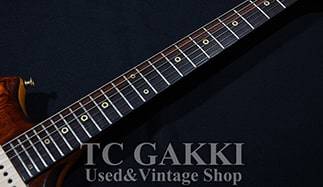 The position mark is a brass ring,
Ebony wood selected in Japan! 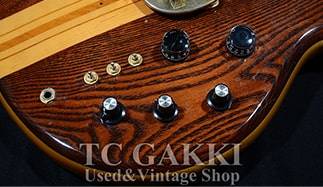 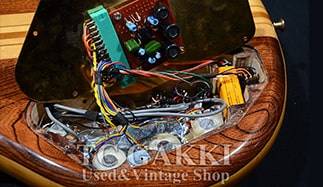 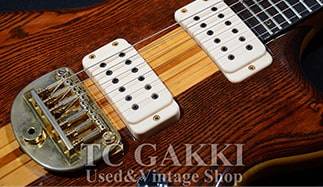 Original PU-3D pickups are equipped.
This model has ivory pickup covers.Early model. T.S. Vibrato is standard on later models.but it has been modified.Newly developed for GO series with 12 poles.Piece type, fine adjustment is possible with a hexagonal wrench! 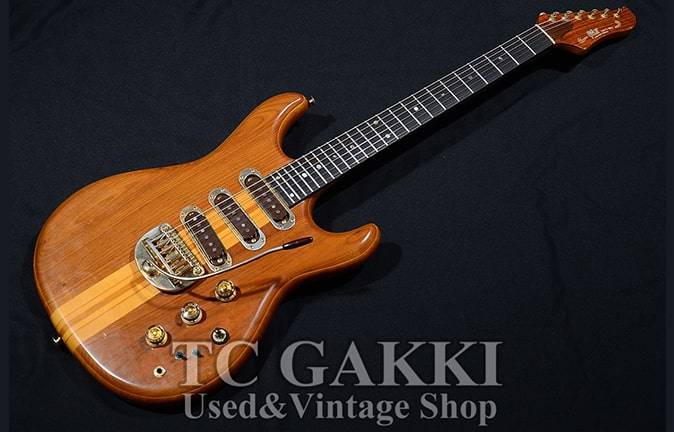 The last top-of-the-line model in the GO II series!
Selected Walnut &Mahogany body!
Equipped with two switches (Mode and Phase), it is possible to make as many as 16 kinds of various sounds!The body is made of Walnut &Mahogany!
T.S. Vibrato is included as standard equipment, and this model is a 3-single type. 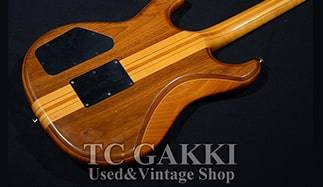 Speedway neck with matte finish.
The highest quality wood is used for the top model only. 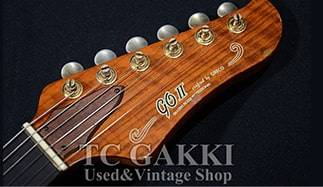 GO II is a strat that gives a slim impression
The specifications were changed to a six-string head of the strat type. 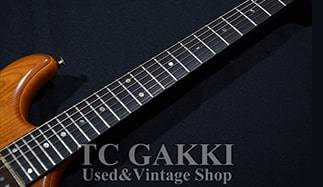 The fingerboard is made of black high-quality ebony. 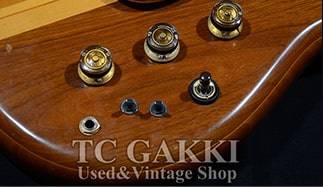 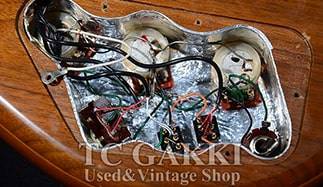 Passive circuit is simpler than the original GO. 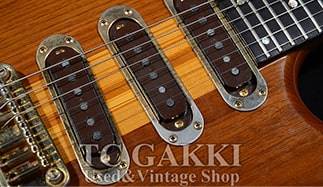 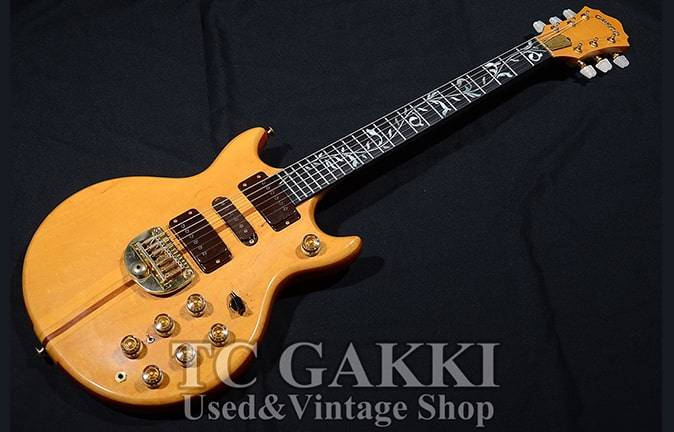 T.S. Vibrato is standard equipment and PU arrangement is HSH.
GOⅢ was developed by Godaigo's guitarist, Mr. Takami Asano.
This model is also known as the "Asano Model. 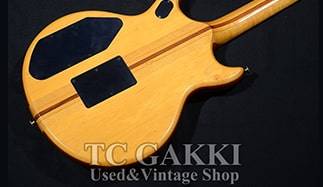 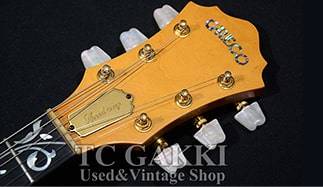 The head is slightly more angular and simpler than the original GO. 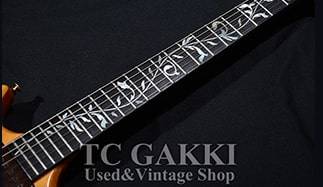 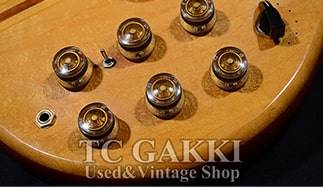 A boost switch has been added, which was not present on the original. Each PU has a simple independent Vol and Tone, with 6 rotary switches for a variety of variations. 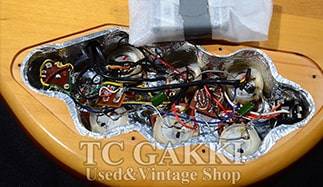 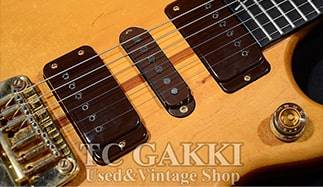 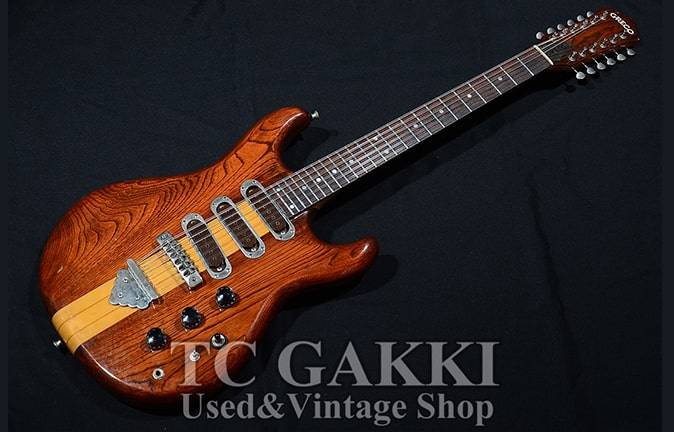 Greco's first 12-string model and quite rare!
The basic specs are the same as the 750, and the body is made of solid veneer.
The double-stringed body adds thickness to the sound and gives it a fuller, richer sound! 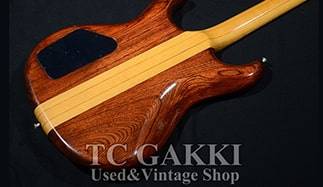 Black aluminum back plate.
No tremolo cover for a clean look. 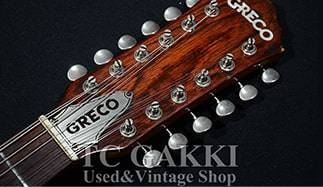 The 12-string model has a volute to maintain neck strength. 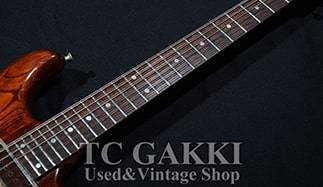 Rosewood is selected for the fingerboard, with a simple dot position. 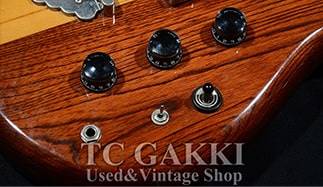 Front and rear can be selected with the toggle switch, and by combining a center PU, "front + rear" or "front + center + rear" variations not found on Strat are possible. 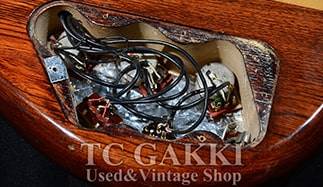 The cavity is quite simple, as it has almost the same specs as the 50. 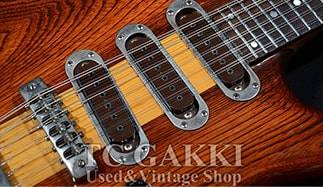 No sustain plate is mounted. Bridge saddle is grooved at 2 places. Three "PU-250" pickups are mounted. 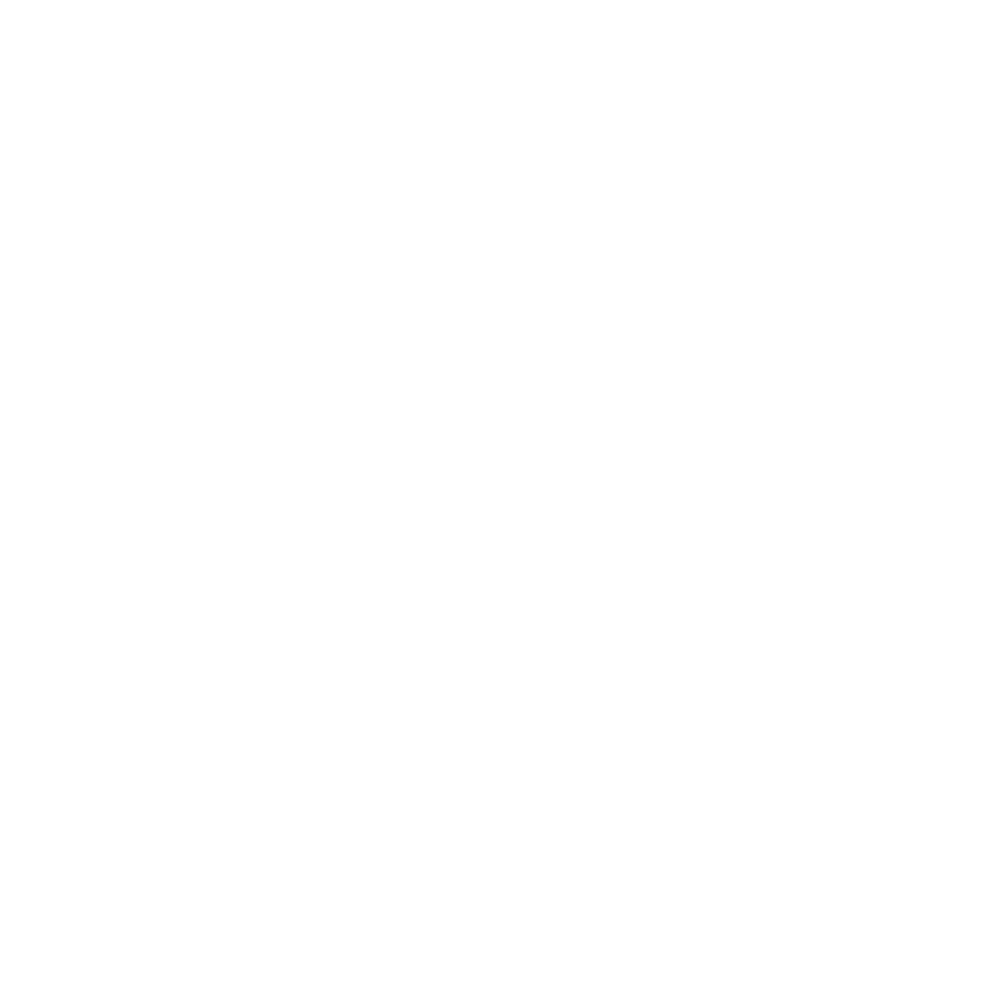 Greco has produced an arm bar for Greco's original floating tremolo unit "T.S. Vibrato". Craftsmanship has achieved a beautiful shape and texture with a unique curve.
Many people may have given up on acquiring this model because it is almost 40 years old. TC Musical Instruments, a company that loves and respects vintage Japanese instruments, has restored a very niche part for this column. Available in nickel and gold.

How did you like it?
This time, we featured GRECO GO series!

You may be able to find the guitar you have been longing to have someday at TC Gakki!
We also have many other brands of vintage domestic guitars in stock, so please come visit our store to look for bargains.
Of course, you are also welcome to contact us by phone!
Our staff looks forward to serving you.