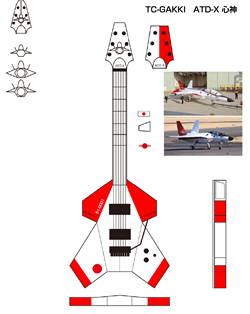 Piloting was a dream job for boys along with being a baseball player. Fighter planes, in particular, still capture the hearts of men with their flowing, streamlined shapes and speed. This aircraft has long been called the "Shinjin" and has attracted attention as a demonstration of Japan's advanced technology.

First of all, we pursued a cool style without thinking about balance when we created the rough design. The body was designed with the distinctive wings, horizontal wing, and canopy in the center of the body. The guitarist's instinct is to use the arms of the guitar to produce a spacy sound. If the head is made to look like the nose of a plane, the overall image is complete.

Initially, the guitar was to be equipped with a 2-ham fretboard with a design of a national flag or something similar. The design of the head was not considered, but a general V shape was conceived, with an air intake for the engine on the top of the body. The prototype's body top had a raised arch shape in the center.

The first mass-produced prototype was delivered to TC Instruments (toast with beer), and the condition of the aircraft was checked. The main wing, with the Japanese flag design running from the center to both sides of the fuselage, and the bright red horizontal wing were joined with different materials on the left and right sides, and some parts were made lighter to increase combat power.

The canopy has a single humbucker, a masculine specification that is powerful. An FX5 turbo Kahler engine is mounted in the rear for variable arming. In combination with the heavily distorted amp burner, the thrust rises to the screaming 80s heavy metal era. The black painted nose is also equipped with the strongest KKTS (black, hard, sharp and awesome) tip, not AESA radar. 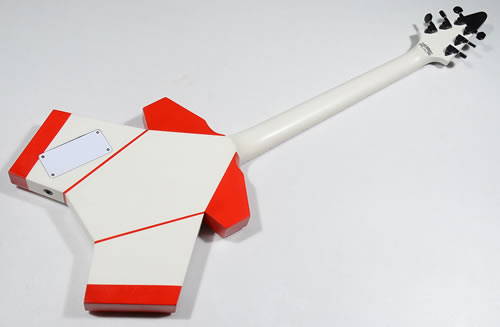 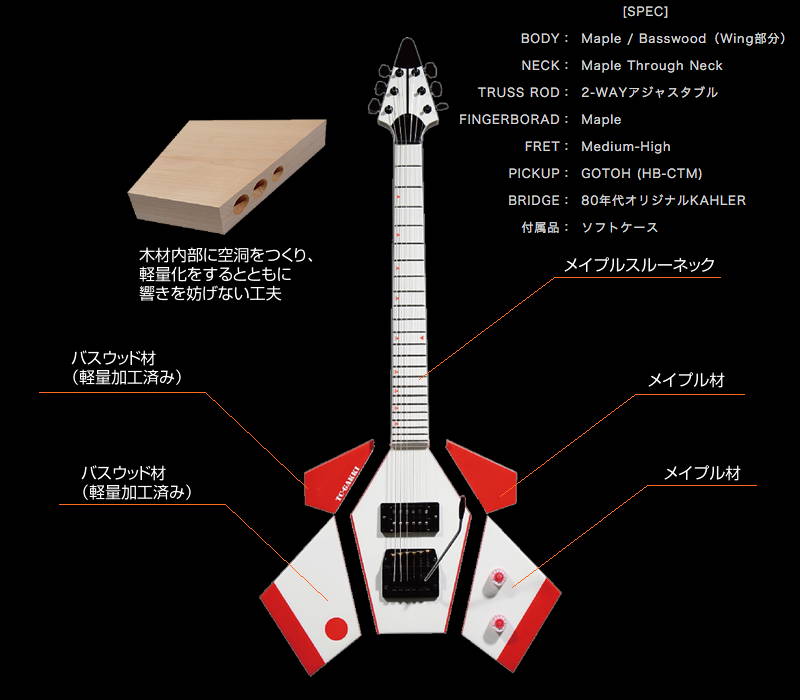 The X-2 is an experimental aircraft developed by Japan's Defense Equipment Agency to demonstrate advanced technologies applicable to the next generation of stealth fighter aircraft, and successfully made its first flight on April 22, 2016 from prefectural Nagoya Airport with the cooperation of 220 domestic companies including Fuji Heavy Industries and IHI, with Mitsubishi Heavy Industries as the lead contractor. Before the "X-2" model was announced, its official name was the Advanced Technological Demonstrator-X (ATD-X), and the common name "Shinshin" (meaning Mt. Fuji), as it was called within the department in the early stages of the project, became familiar to the media and aviation fans. Fuji, which was the common name of the project in its early stages, is familiar to the media and aviation fans alike. Incidentally, the Komaki-Minami Plant of Mitsubishi Heavy Industries' Nagoya Aerospace Systems Works (formerly Nagoya Aircraft Works = Meiko), where the ground tests are being conducted, once produced the Type Zero fighter (Zero fighter), so there is something special about Shinjin, the first "Hinomaru stealth aircraft. 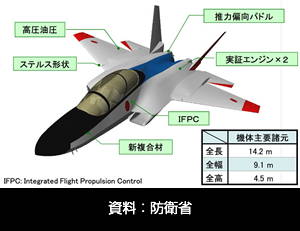 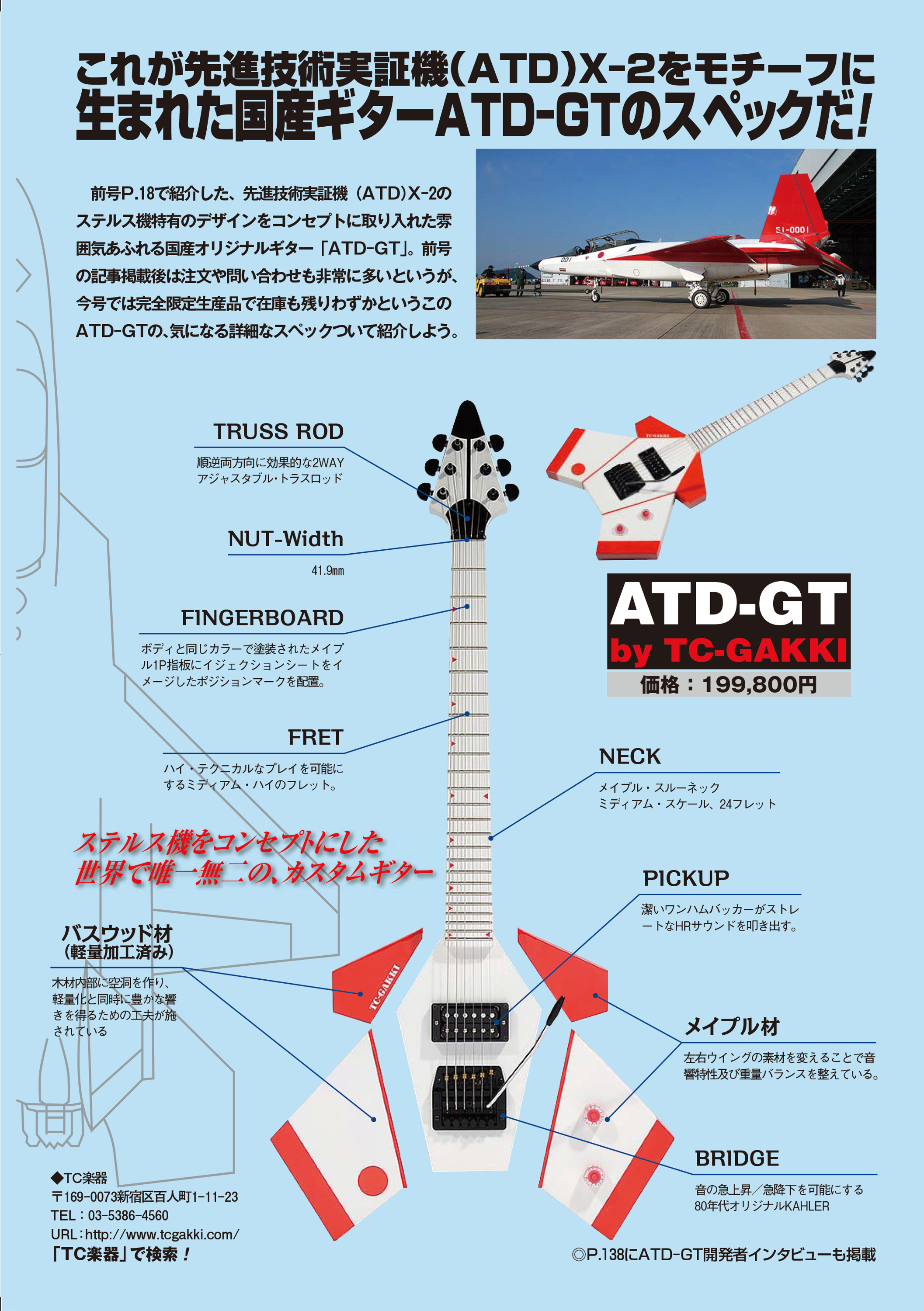