I remember I was crazy about KISS back then... Ace played a Les Paul, 3PU custom red cherry sunburst! The front PU was on fire...I miss those days...Of course, MTV didn't exist at that time, so I had to get all my information from magazines like MUSIC LIFE. Photoshoots and artists on the cover were the only images I had. It wasn't like now, when the outsiders don't come to Japan all the year round.

The first photo in the magazine that knocked me out was of Led Zeppelin's Jimmy Page! Anyway, I wanted to get an electric guitar. But, as a junior high school student at the time, Gibson was just above my head. I remember drooling over the mini-ham gold tops and 3-piece sunbursts in the show windows of music stores, haha... And Greco! Yeah, we all grew up with Greco. 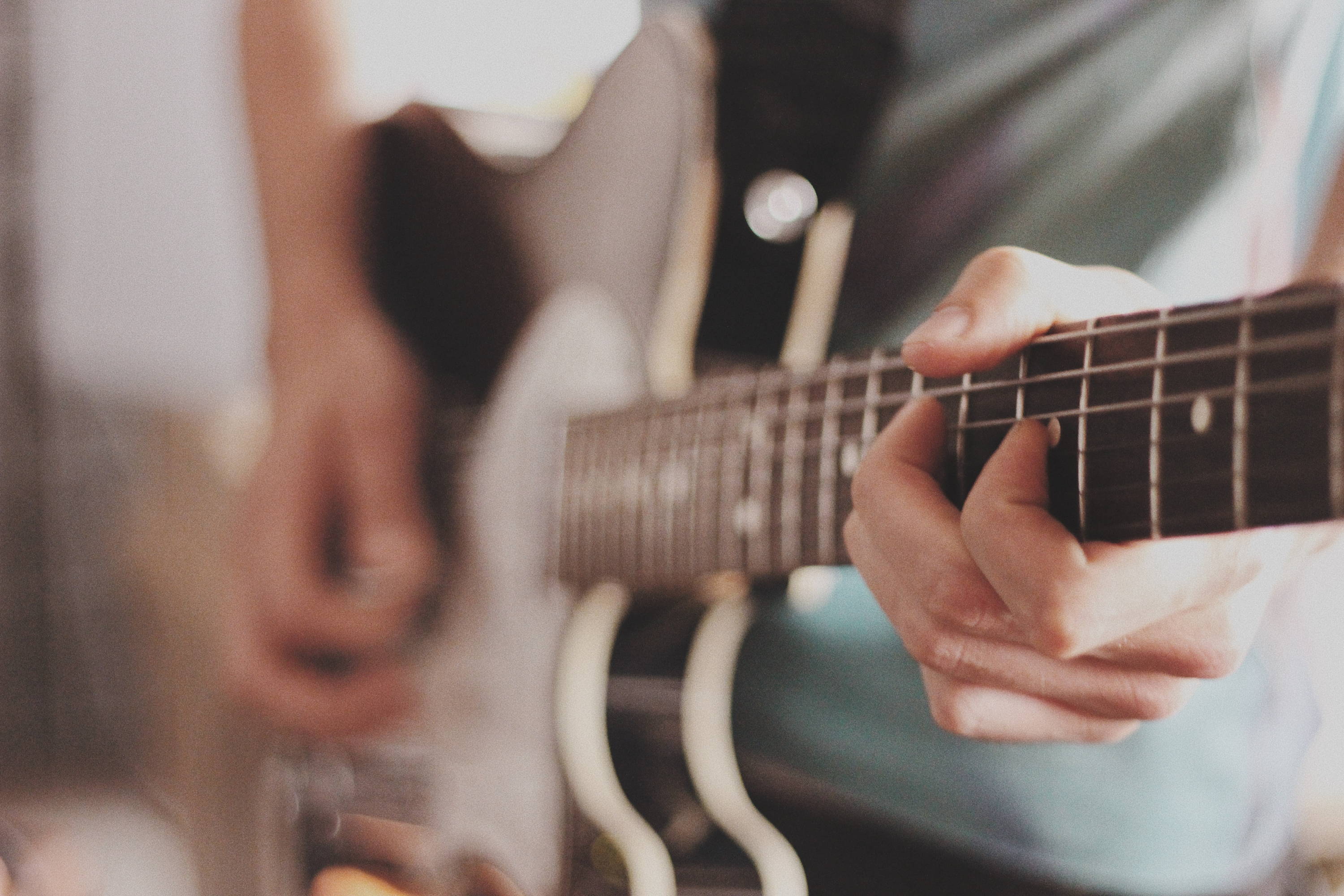 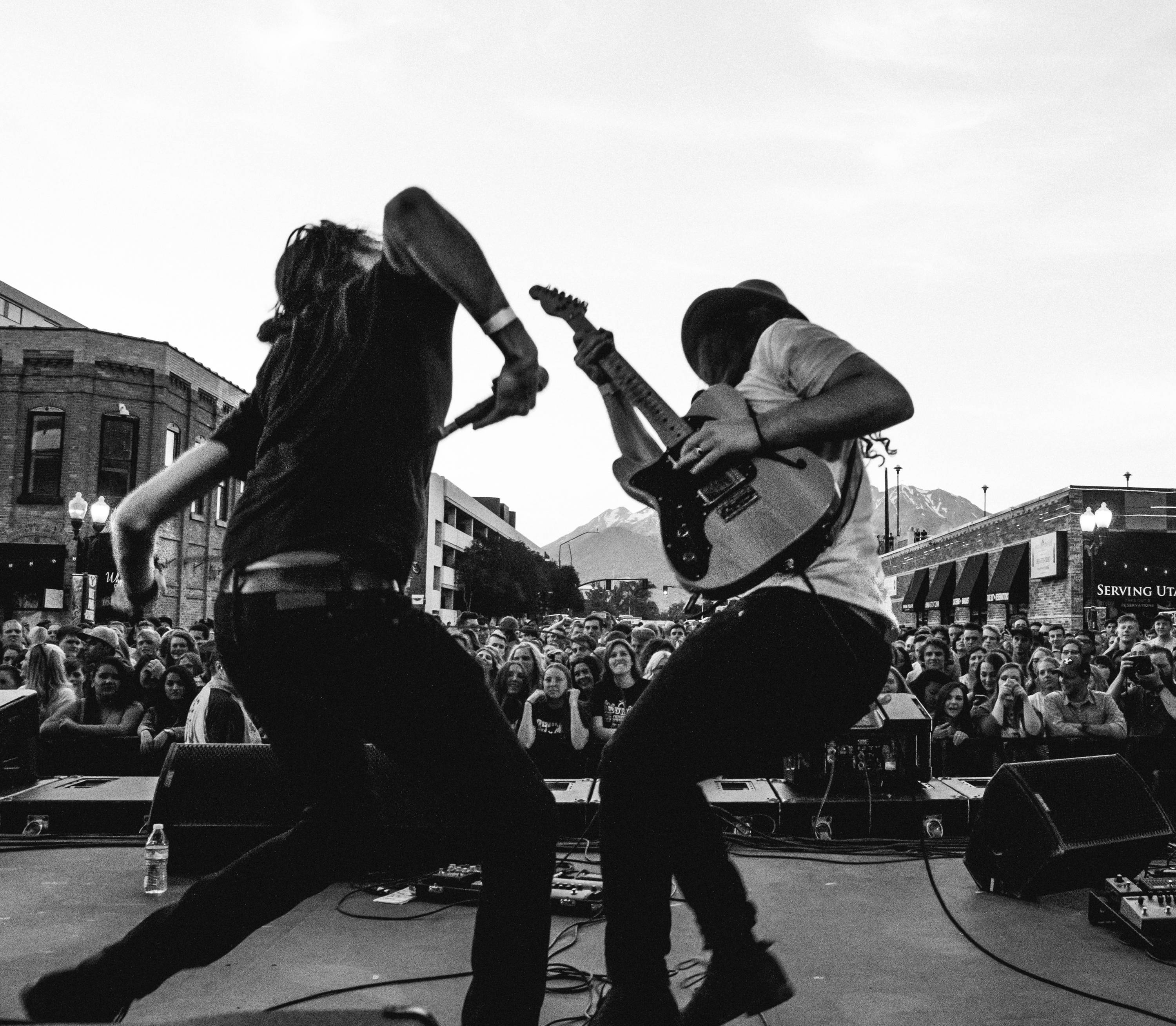 Nowadays, there are many makes and models of electric guitars, but back then, in the late 70's, before Greco's Super Real and Tokai came out, there were all kinds of Les Paul and Strat knockoffs...not perfect, but hey, it was the heyday!

Greco, Fernandez, Aria... there were several manufacturers, but there was a TV show called "Rock Omoshiroku" hosted by Haruo Chikada at the time. The show was sponsored by Greco, and in one of the commercials, Akira Wada of Prism played very fast and looked really cool.
I had a strong impression of that. And then I had to decide what to buy, and I could only think of the Les Paul that Jimmy Page uses.

I remember now, there were two factions around me at that time, Zeppelin and Purple. Of course, I was a Zeppelin guy...so when it came to electric guitars, it was Les Paul or Strat. One day, I saw a Greco EG-600J (dark green!?) Jeff Beck model Les Paul at a music shop in Shinjuku. I got a catalog that day and went home, but I had a good time staring at the catalog for a while.

After all, Les Paul and Marshall are the world's strongest tag team. I broke the neck of my Tokai Les Paul about 20 years ago and fixed it once, but it broke again and I lost it.
I've muddied the waters with my own old stories, but in short, I think it's okay to start with the artists you admire, the sounds you like, and the feelings you have.

Once you have fantasized enough, you can start thinking about how to get the electric guitar of your dreams. First of all, budget... By the way, how much do electric guitars start from? There are so many electric guitars available, from less than 10,000 yen for a brand-new one to the top of the list.
What's the difference between a cheap one and an expensive one? But, not only electrics, but also other expensive products require a certain amount of time and money for manufacturing and materials. But don't worry, just like clothing, there are almost no products with quality problems nowadays, even if they are not made in the U.S. or Japan. You can start out with the cheap stuff." "I want good quality, even if it costs more." or "I'll go with the brand." But I want people to choose with confidence based on their own sense of value.

I said "new" earlier, but yes, there are used ones too! Whether you decide to buy new or used will also change what you can buy within your limited budget. Then there are other things you might want to buy besides the electrics themselves, so make sure you leave room in your budget! More on that later. 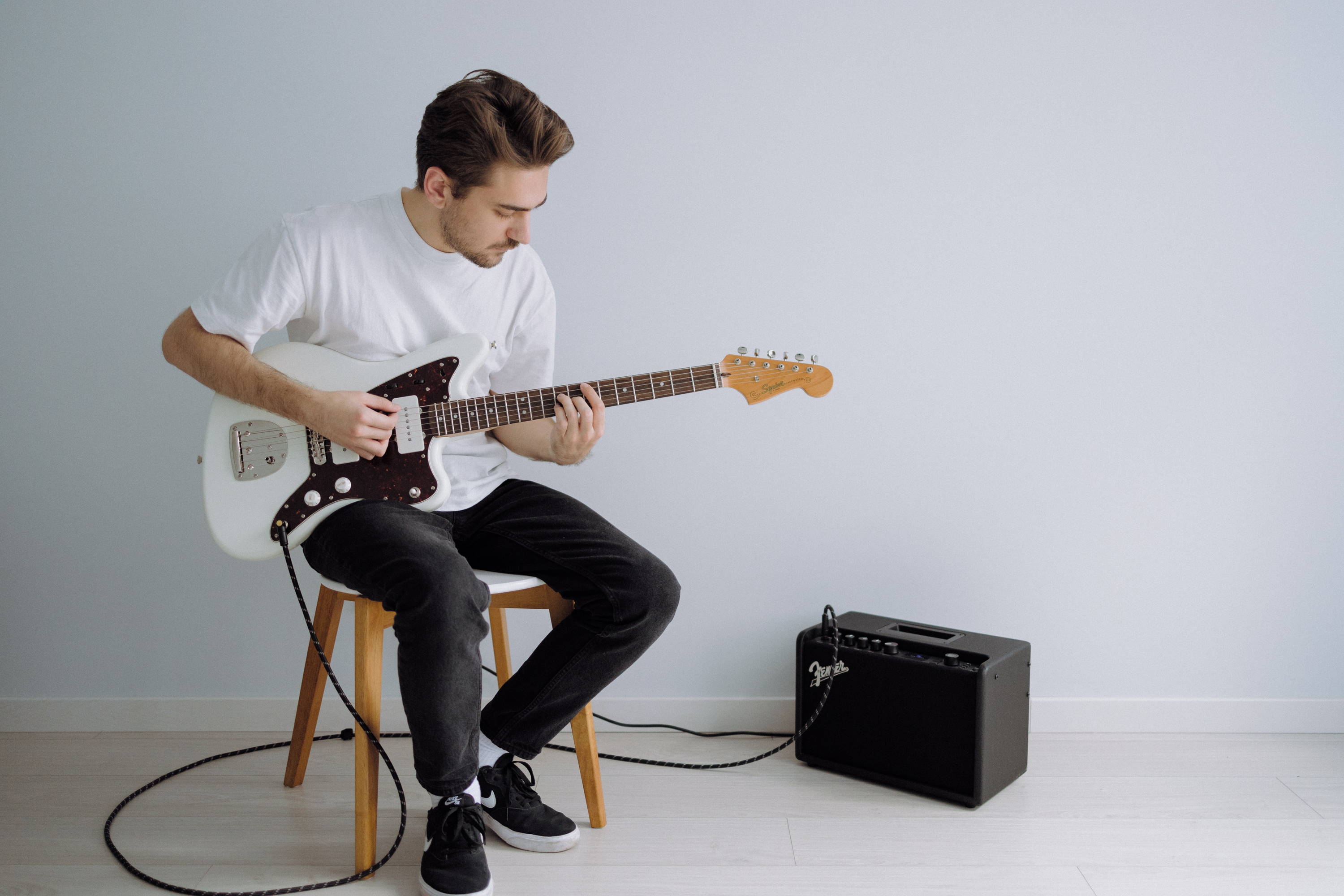 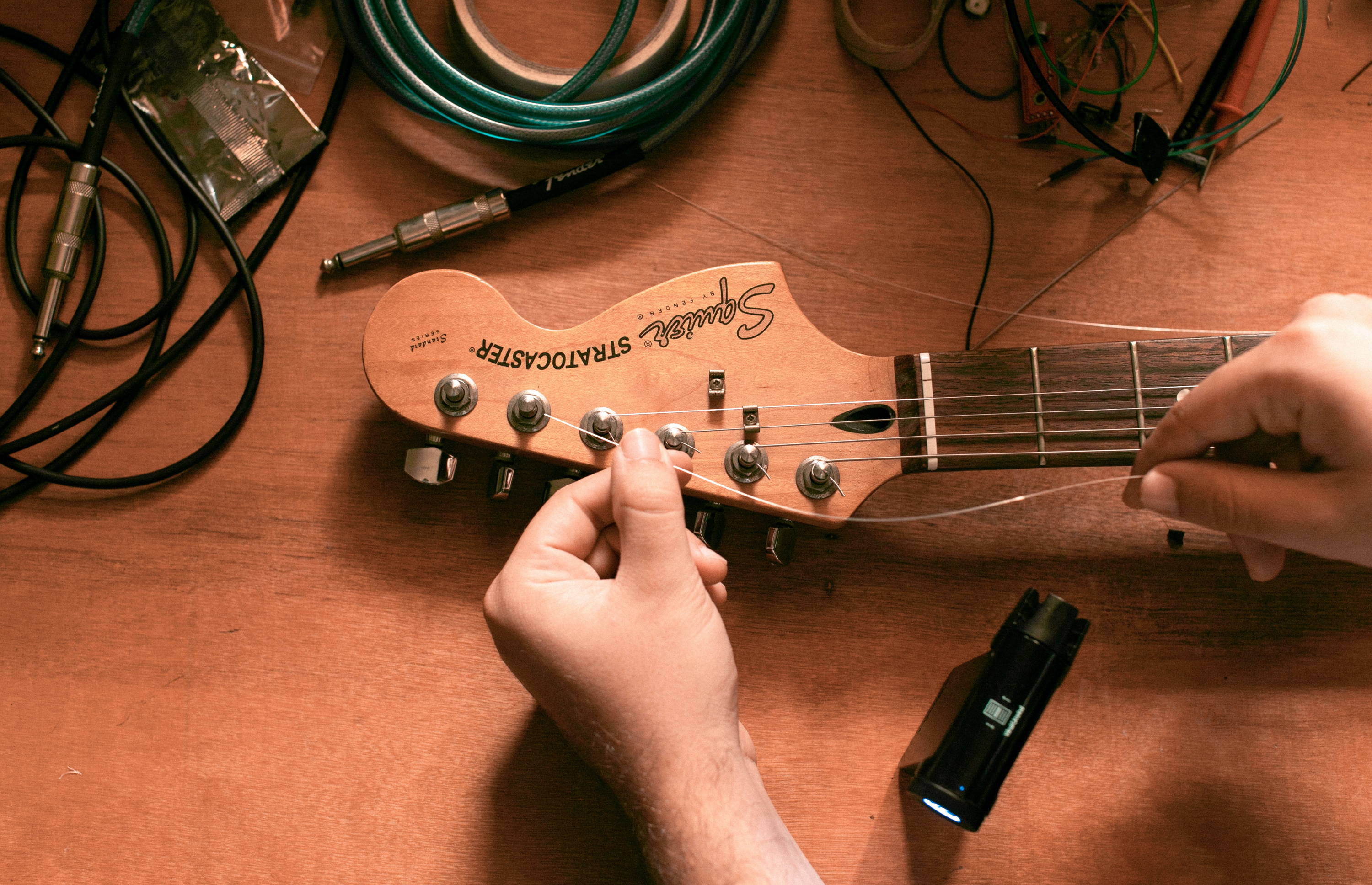 Young guys nowadays wear cool old clothes, but used electric guitars are also quite good! Shiny new ones are great, but used ones are the best value for money! You may be thinking, "But, used electrics are so dirty" or "Won't they break and be useless? But we specialize in used electric guitars! Don't worry about it, because every corner of the instrument has been polished and fine-tuned so that you can play it without any stress.

What, you think that's not enough to make used instruments attractive? Well, let me tell you a little bit about it. For starters, there is a wide range of used instruments, from those made 20 or 30 years ago to those that are almost brand new.

The atmosphere unique to electric guitars made over a long period of time cannot be experienced with electric guitars made in recent years, and there is a sense of satisfaction in having something different. It is not unusual to find a used current model at half the price of a new one, and I'll let you in on a little secret, but popular models that sold well a long time ago or artist models are the ones to look for. For example, a model with a list price of 80,000 yen at the time may be less than 20,000 yen!

Select by shape and structure 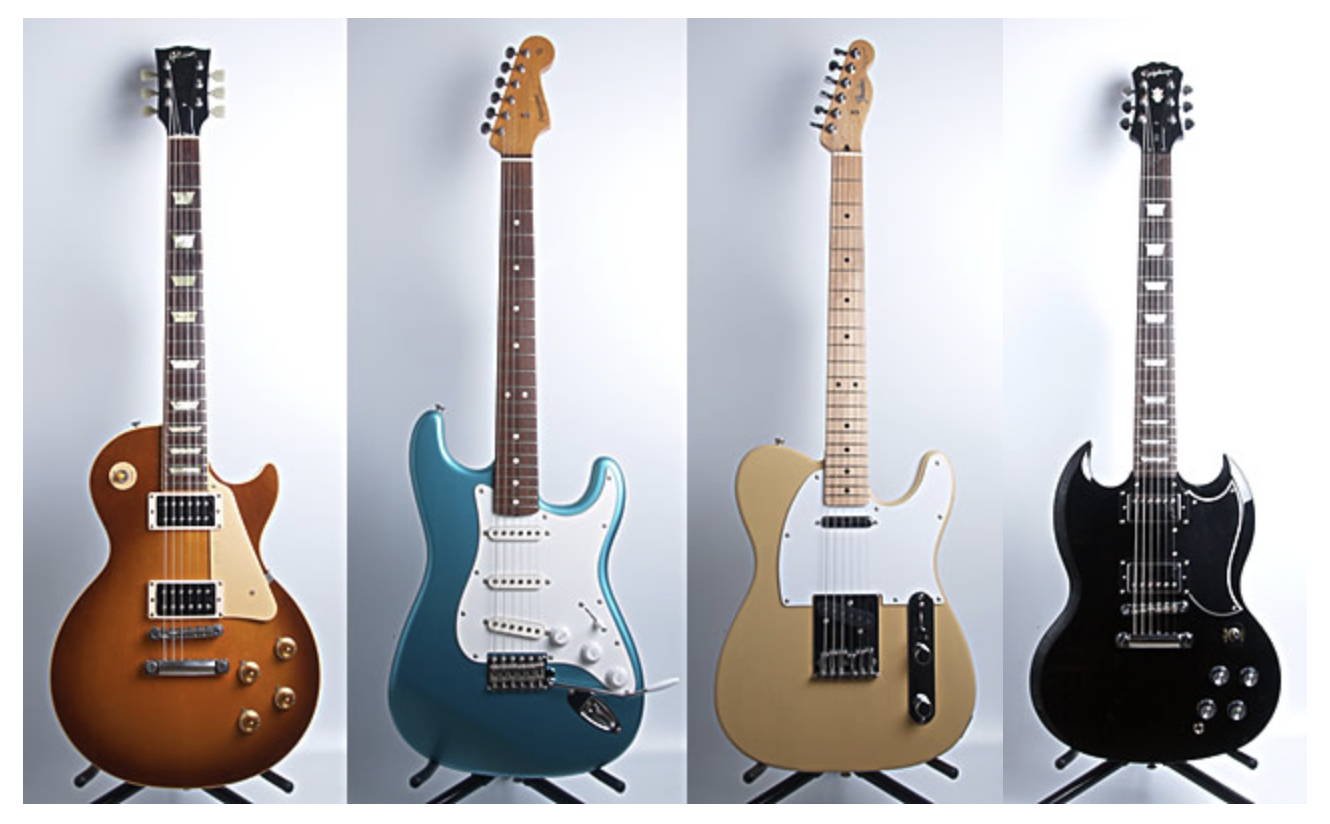 Standard type
Les Paul, Stratocaster, Telecaster, SG, and other electric standards that have enjoyed steady popularity for over half a century! Les Pauls with their graceful curves and beauty. Stratos that match every musical style. Telecasses, once popular in country music, are popular mainly among vocalists for their simple style. Lightweight and easy to play, the SG is an excellent performer for wild stage performances. 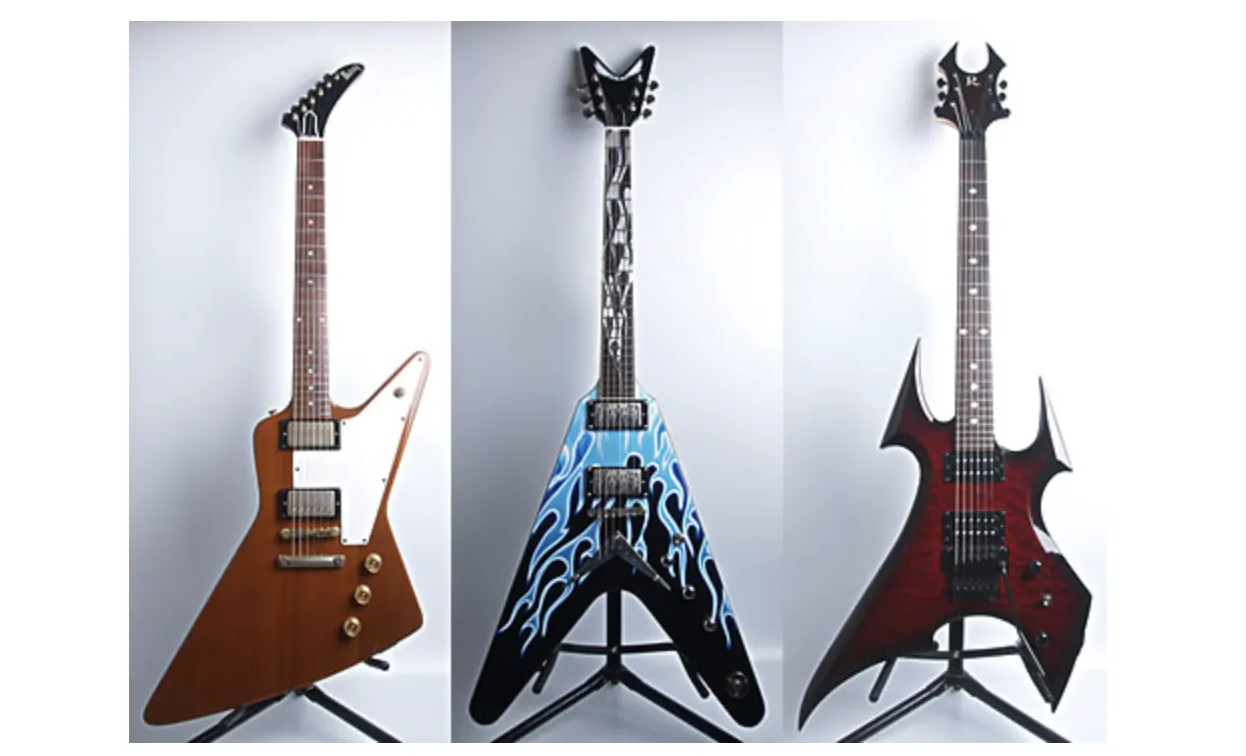 Variant type
Explorer, Flying V, Warlock, Mockingbird, and others that are aggressive from the looks! Perfect for those who want to be different and stand out from the crowd.
The deformed type is popular among hard rock and metal types. 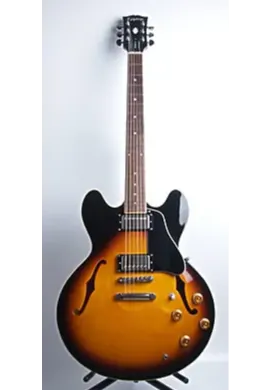 Semi-Acco: Aggressive and aggressive!
Semi-acoustic guitars with a cavity in the body, such as ES-335.
The ES-335 combines the core strength of a solid guitar with the fuller sound of an acoustic guitar, and can be used for a wide range of styles from rock to blues to jazz. 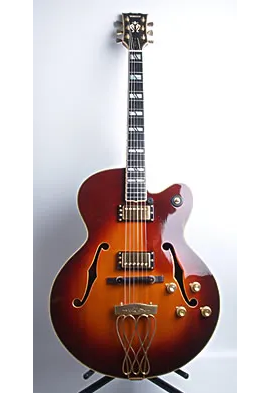 Full-acoustic guitars
Guitars with a completely hollow body, such as ES-175, L-5, etc.
A full acoustic type with an appealing boxy sound throughout the body. The large, thick body allows the player's touch and nuances to be expressed more vividly.

Set neck
The body and neck are completely glued together.

Bolt-on: The body and neck are completely glued together.
Drill holes in the neck and body and secure with screws.

Arched Top: Arched top is attached by screws through holes in the neck and body.
Has a raised body top and is jointed at an angle to the neck preparation, resulting in a wider distance between the body and the strings.

Flat Top.
Flat tops have a flat body top, and the body and neck are jointed straight, so the distance between the body and strings is narrower. 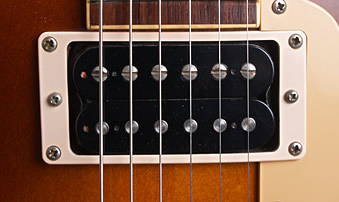 Body Material
The harder and heavier the wood, the brighter and snappier the sound.

Alder: Alder
A well-balanced wood overall, with a clear and tight midrange.

Ash: A well-balanced wood with a clear and tight midrange.
A wide range of sound, with a crisp sound with a good rise of sound.

Maple: Has a wide range of sound and a crisp sound with a good rise.
Sound with good rise and sharpness, and strong sound in the high range. It is also known for its beautiful grain.

Basswood: Basswood has a strong sound with a high frequency range.
Low-priced wood, but has a flat, unrefined sound quality. Soft wood, so it tends to have a weak sound.

Others to choose from

Choose according to your taste, feeling, and usage. 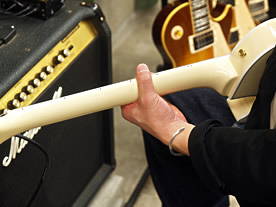 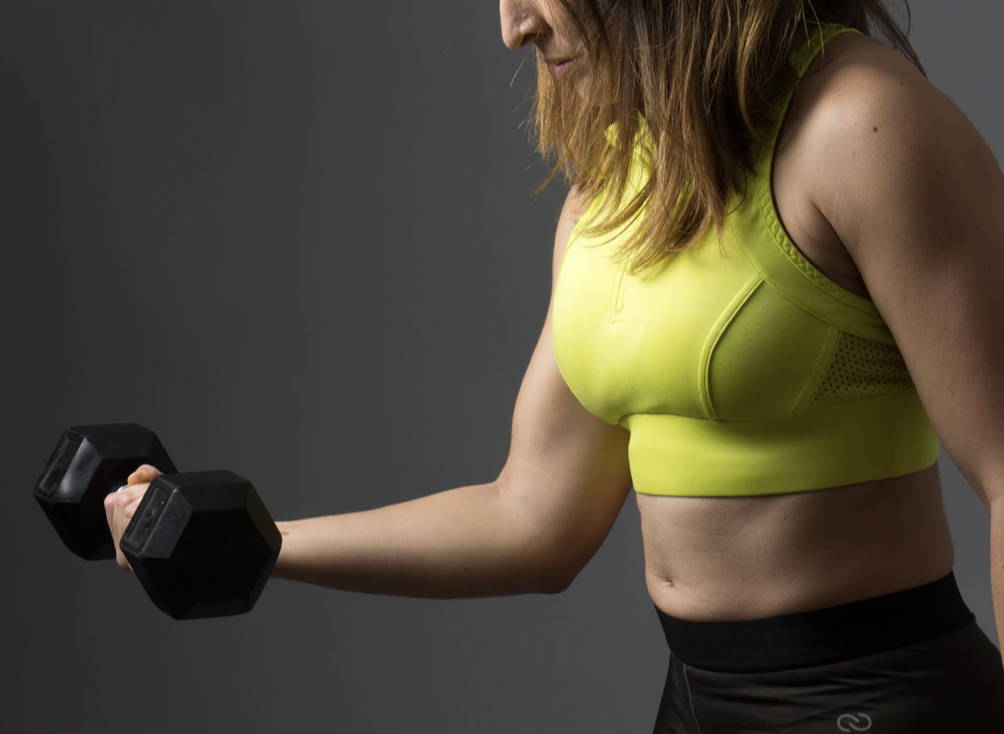 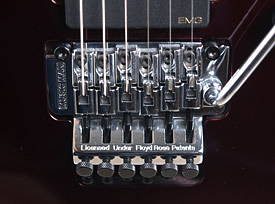 Locking type, such as Floyd Rose: The
Tuning does not go out of tune. It takes some getting used to, but it is not easy to set the strings and tune the instrument. 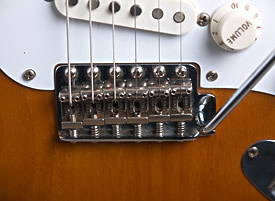 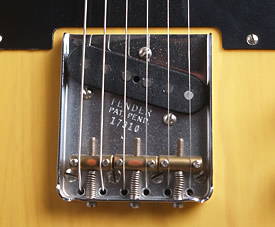 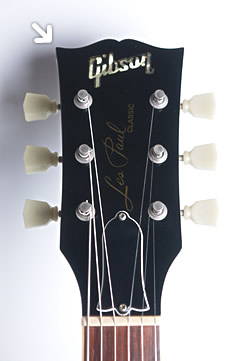 Head: 1.
The part of the head where the brand logo is often placed and the pegs are attached. 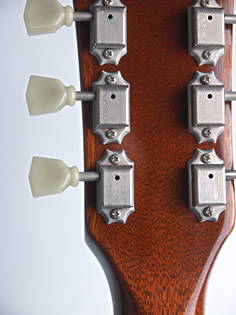 Peg: The part where the pegs are attached.
The strings are wound and tuned. 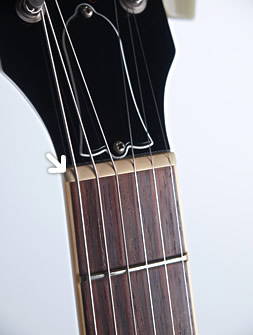 Nut: A nut that is used to
The fulcrum on the head side of the string, the reference point for the frets.

Neck: The point on the head side of the string where the frets are based.
The position at which the note is held down and determines the height of the note. 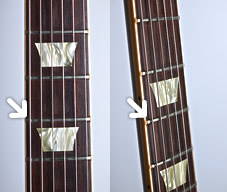 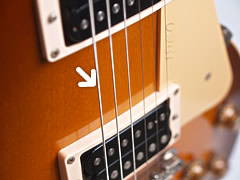 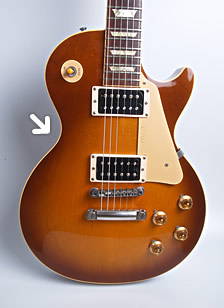 Body:.
A body made primarily of wood. 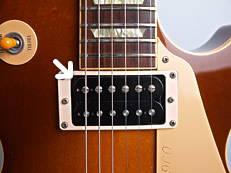 Pickups:.
A microphone made of coils and magnets that picks up vibrations and converts them into electrical signals. 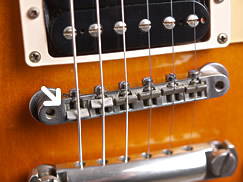 Bridge: A microphone made of
A fulcrum on the body side from which vibrations are transmitted to the body. 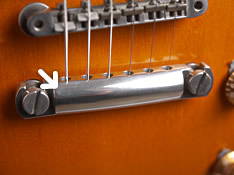 Tailpiece: The fulcrum on the body side from which vibrations are transmitted to the body.
The part that holds the ends of the strings in place. 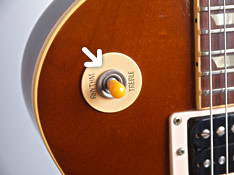 Pickup Selector: The part that selects the pickups.
Switches between multiple pickups. 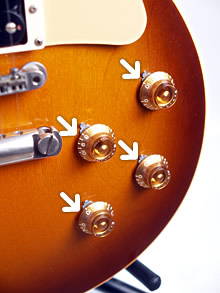 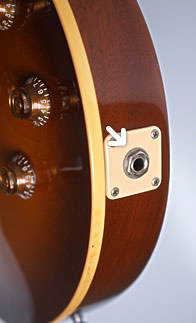 Jacks:.
Insert a shielded cable here to connect to an amplifier. 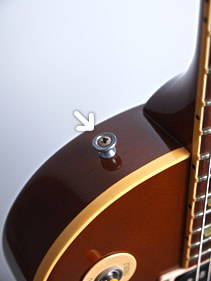 Strap Pin: Connect the strap pin to the
Pin for attaching a strap (shoulder strap).

If you are far away, please visit this site and tour around.♪
We also have a video call service, and we have a YouTube channel where we post a lot of information about TC Instruments.

How to choose a music store